I have been working on a plot where I want to display the background pdf of my model and its 1sigma error band as well as a curve with an artificial signal. I have been facing two different problems (see in the figure attached): 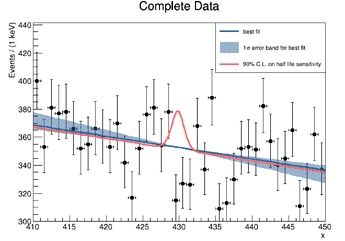 Here is an example of what I would rather like to achieve: 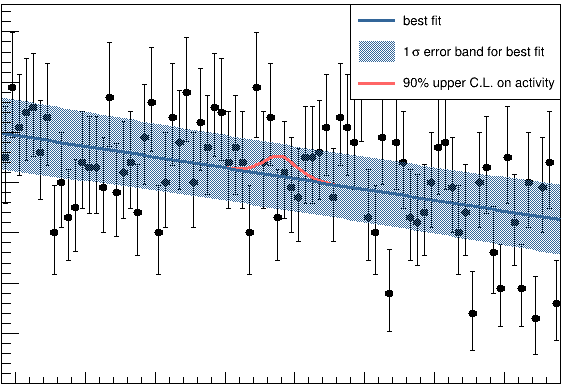 I’m attaching the dummy code that leads to the initial result:
sinal_plot_dummy.C (8.8 KB)

Thank you very much in advance for trying to help!

I think @moneta or @jonas can give you some hints

Thanks! I hope someone will be able to help.

I have tried what is suggested in Normalization uncertainties in VisualizeError - #4 by bibsession and it does not work in this case probably because the plots are projections from a RooSimultaneous pdf.
For a simple case adding the Normalization option works fine.
I will re-open https://sft.its.cern.ch/jira/browse/ROOT-9971 to track this problem