I have a model with 3 variables

and a pdf sketched as

I am generating data sets using RooAbsPdf::generate() with the Extended flag set. I do this ~1e5 times and check the generation by calculating the mean value of mass and Vexex (I forgot to include vgg mean, but I can add this on demand). I get the following plot with logarithmic y axis, showing some outliers for the mean vaule: 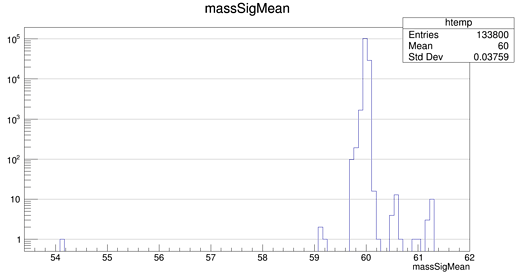 image1538×815 11.4 KB
A similar plot is obtained for the mean values of Vexex distributions: 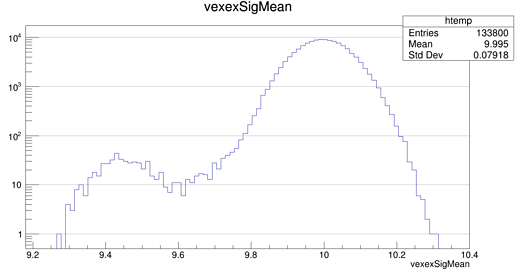 image1543×818 12.2 KB
A correlation plot of Vexex and mass mean values shows, that the outliers of both are not correlated: 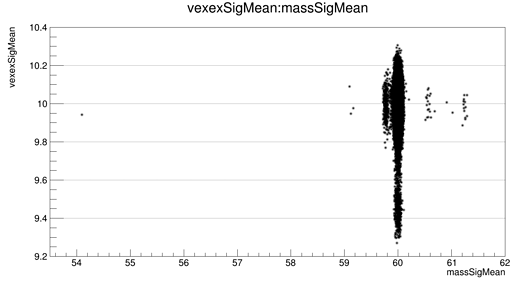 image1505×820 12.2 KB
Looking into one data set with a mean among the mass outliers, one can see the following correlation plot of generated mass and vgg events: 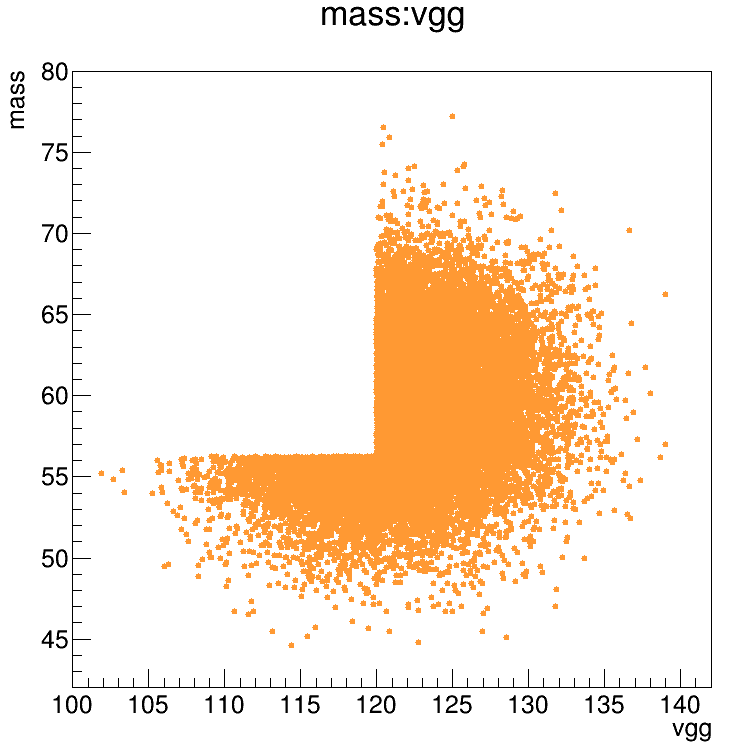 I guess @moneta and/or @StephanH can help you.

Hmm, this is tricky. I could imagine that TFoam who is supposed to sample the function gets thrown off somehow.
@moneta, have you seen this before?

See A bug ?, extract a 2-D histogram based on Roofit

thanks a lot for your comment. I will try nSample=1e4 as you suggested in the post cited. After that I will try nCell3d=2e4, or would you suggest another value?

When I have the reults I will report here again.

I think those values should be fine. If you see still the effect you can try increase them further. A drawback of increasing them too much is that the generation time will become slower.
If you will obtain still a wrong result, we will investigate further. An alternative could be to try using the UNURAN package for sampling the distribution

using nSample=1e4 solved the problem. Thanks a lot for that suggestion. For the sake of completeness, I attach the updated macro checkRooAbsPdfGenerate.C (4.5 KB)

But let me ask a few questions:

I would suggest to add a note similar to the following to the RooAbsPdf::generate documentation.

At least it would be a good thing to point users to the possibility of changing the settings of the underlying generator. Thus the risk of using the generate member as a black magic box doing nice things for me would be reduced

Perfect ! Thanks a lot

I thought this underlying generator is not documented anywhere. But as you pointed out in the updated text, there is the tutorial: https://root.cern.ch/doc/master/rf902__numgenconfig_8C.html