I have a TGraph that spans at Y values, for example, from 0 to 10. It has features on level of 1, but also on level of 0.01. The problem is, that when I draw the whole graph, I cannot zoom below, let’s say, 0.1. To see the small features, I have to draw only the part of TGraph with small values. However, I often would like to see “big” features and be able to zoom to see “small” features. Is there a way to extend the TGraph zooming capabilities?

Can you use LOGY axis? or do you need a linear scale?

What do I want to see? Two scenarios:

So I want to be able to see the second peak only after zooming (it is too small to be seen in linear scale when I see the first, large peak), but the TGraph prevents me from zooming that much.

Ohh, I think you are encountering a problem between the Keyboard and Chair

This of course assuming that you are zooming in by hand.
I believe you are trying to zoom in to 0 - 1, right away. ROOT has a problem with that, it cannot do single zooms that are very small (high zoom). Instead make a larger zoom of 0-2, and then another zoom from 0-0.5.

Or right click on the axis and select SetUserRange, and set 0 to 1 or whatever.

I suspected that at the beginning, so tried SetRange. Does not work for small ranges…

SetRange does not work, at least not using the values of the axis.

Yes, I ment SetRangeUser. It zooms up to a point, not as much as I want it to.

I take IV curves, where the current is measured down to 0.0005uA, and highest is plotted at around 80uA, and I can zoom in just fine on a linear scale, though I do need to zoom, like 5-8 times because 0.001 is so small.

Thanks, you have pointed me in the direction where the error is.

So when I draw the TGraph from TTree, I cannot zoom to small values. When I save the TGraph to a separate file, then open it and draw, I can zoom without a problem.

So… Is there any way to force the TGraph drawn from TTree to behave as a standard TGraph?

That’s weird, I know nothing about this.

Maybe TGraph needs to be rebinned or something… no idea.

Can we have this graph ?

I attach a TTree and a TGraph saved after printing from the tree.

Please try on the calibration_1.root:

Seems to me I can zoom. I did: 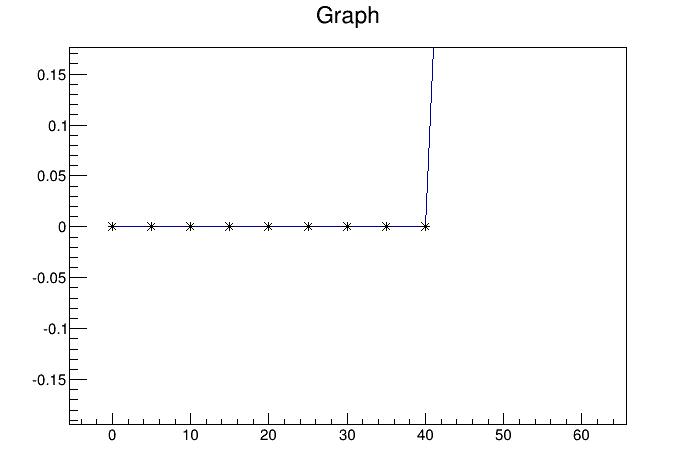 I can also zoom on TGraph from the graph.root. Can you zoom on the graph directly drawn from TTree? I cannot.

I can with the mouse but not via a macro …
investigating … 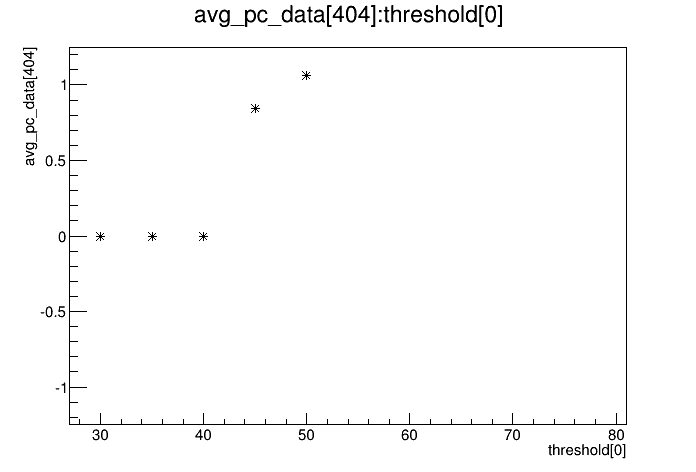 That is too large scale. Try

It should remain zoomed to about 1 as in your plot, although should zoom more.

Any chance of confirming this bug?

The zoom in bin based. Make a histogram with more bins.