I am trying to do an unbinned 2D fit where I create the PDFs from 2D histograms, where one of the axis of the histogram has variable bins and the other axis has uniform bins. My model looks something like:

where f1 is fixed and only f2 is a free parameter in the fit.

But I encountered the following problems:

Thanks in advance!
Alexandra

Hi,
Can you please post your running example ? It looks to me like a bug when using variable bins.

Thank you for the code. I need however also the input files in order to run it

Hi,
I’ve sent you a message with the link to the files and the code and I hope that is ok. I can’t share them here since this data is not public.

Hi,
I could run your code, but let me understand better the problem.
The issue is that when plotting the background component from the fit (magenta line) is not in agreement with the underlined used histogram (red dots) ?

Indeed, the difference between those two is one of the problems. The magenta component should be identical to the histogram.

Thank you for the answer. This indeed solved the problem.

The other issue that I have is with making the projection when the bins are not uniform. The normalization doesn’t seem to be right. For the case when I have uniform bins (right plot) I get the right values, but then if I add extra new bins with different widths (left plot), the results are different in the same pT region. 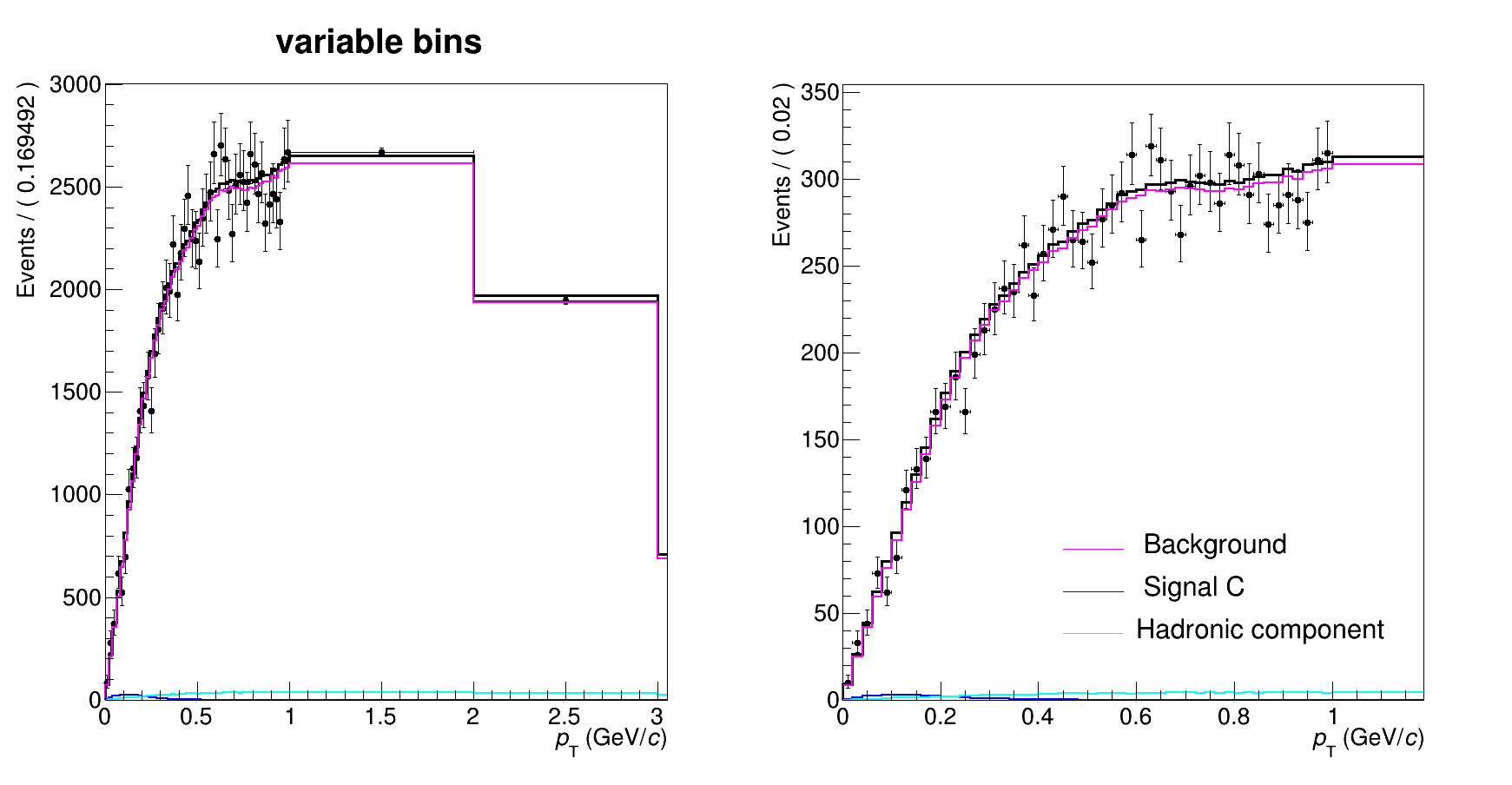 What is the problem with the left plot ? Note the overall scale is different, in the case of variable bins, RooFit normalise the data to display number of events/(average bin width) and in this case is 0.169482, as shown in the y axis label.
In case of fixed bins, the normalisation is number of events/bin width and this corresponds normally to the actual number of observations / bin.

Thanks for letting me know. Is there any way to make Roofit to normalize the data to the bin width and not to the average bin width when I have variable bins?