when the tmva finishes the training phase and the gui pops up, the graphs that it prints have some problems. For example there are missing words from the legend of the graph (that explains each curve). Does anyone know how to fix it?

May be a reproducer will help to understand your problem …

excuse me but what do you mean?

Sorry I was unclear. I meant that to understand what is going wrong a little macro reproducing the problem will be useful. Can you provide one ?

yes I attach one image that shows the output of the tmva. this happens for every graph that I can make with the tmva gui. 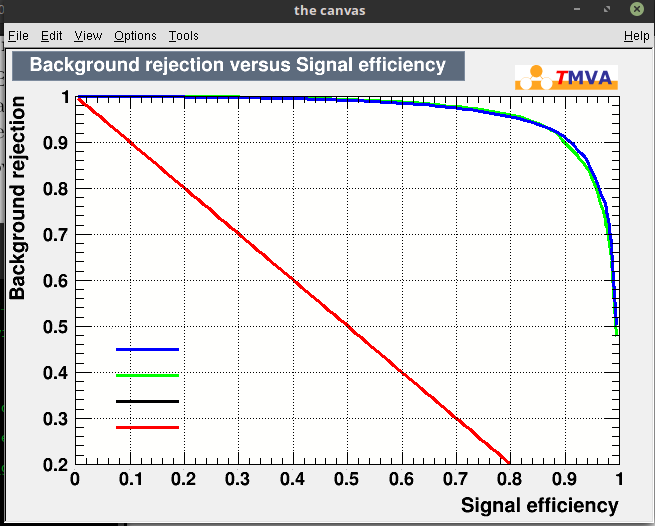 thank you in advance

I’ve never seen this. The TMVAGui usually outputs some debug info, for example the names of the trained methods. Im my case, I’ve trained a method called “BDTG”, so I see:

Do you see anything like that on your screen when creating the ROC curve?

What parameters do you pass to BookMethod, in particular did you enter a title?