I have a TH2D histogram with an axis label containing “#Delta” in a TCanvas. Running CINT, this is being displayed correctly. However, when I use TCanvas::SaveAs to create a PDF, something goes wrong with the font and #Delta turns to Ø. This does not happen when formulas are being typeset with PDFLaTeX on the same machine, which leads me to believe it’s a problem with ROOT. Can anybody help?

Edit: The #circ symbol turns into a Greek Upsilon, turn.

Which ROOT version are you using ? on which machine ?
I do not see this problem. For me both #Delta and #circ are correct in a PDF file.
Can you provide a 3 lines example using TLatex and showing this issue ?

You can find the PDF in the attachments.
TLatex_test.pdf (13.8 KB)

It must be a problem with your PDF previewer. See how my renders your file. It is fine. 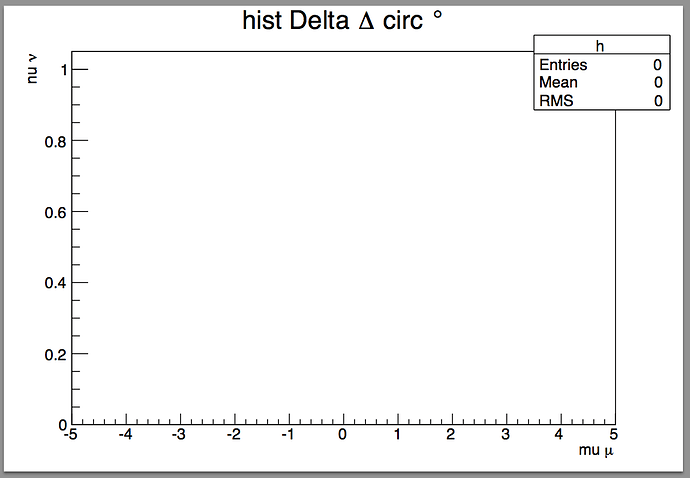 I have exactly the same problem. Yes, it’s a pdf viewer issue, but it only affects pdf generated from root. Was any solution found eventually? Thanks.

Is it maybe an issue of a missing font in the pdf?

As I said earlier it is more a problem of “viewer”. When pdf is concerned the reference viewer is Adobe Acrobat. I opened this file with Acrobat and I get a correct output (the same I get with Mac Preview).