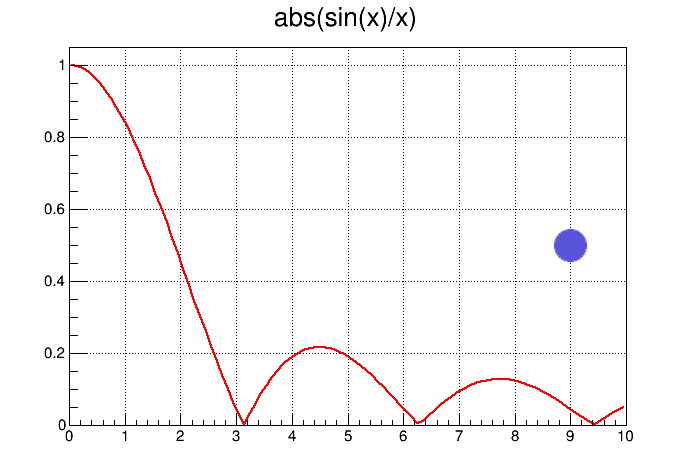 Sorry, I’ve just cut down that first uploaded code to the relevant parts so that it plots… 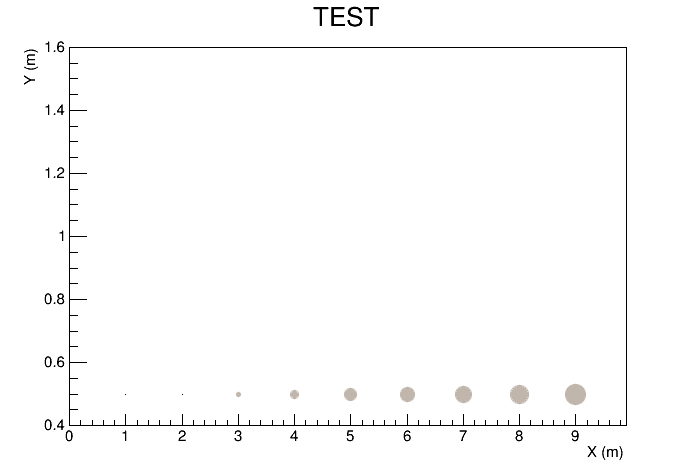 Yes it looks ok. I have just cleaned it up a little bit:

Yeah, I know it works just fine in C. It’s just that I have a project in python which I need to execute basically the exact same code but even the simple example I posted first in python doesn’t reproduce the plot like the C code example. Any ideas?

the TMarker in the loop gets deleted, as its reference gets overwritten in each subsequent iteration, so you only see the last. To keep all markers around, store them in a list fo the duration necessary. Easiest is to add a data member to the TGraph (to bind their life times):[code]view._markers = []

Thanks wlav! That worked exactly as I was hoping. Why does it work in C via the same deleting of the TMarker?

there is no (explicit) deletion of the markers in the C++ code. As per the script, markers are allocated on the heap and ownership is assumed to be taken by the current pad (which will indeed delete them on its destruction). This is the case for virtually all graphics objects.