I cannot manage to draw correctly a TF2 with the SURF[1,2,3] option, see the picture attached.
I would expect it to behave like a TH2 with SURF, so all the values should have a different color according to the palette, but for some reason the contour in the palette are not matched at all with value of the function.
Any idea? 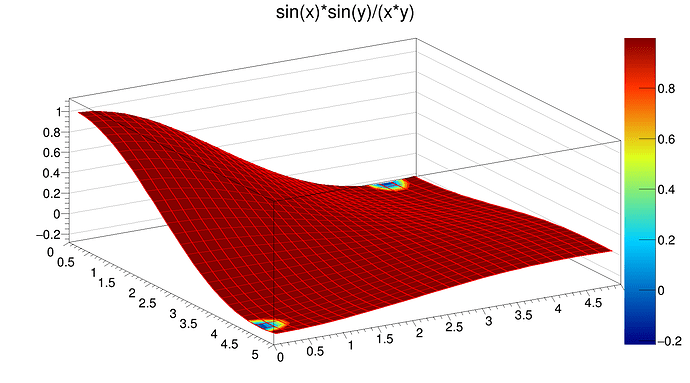 My bad, I had these lines in my rootlogon.C:

and so I didn’t see the root message:

Warning in THistPainter::PaintSurface: too many color levels, 255, reset to 8

So, it’s not possible to draw more than 8 levels with the SURF option?

Ok, it looks like the limit is 99 contour levels, which is enough.