Some problem about Scientific notation

I just start learn how to use root, and there have some problem about the Scientific notation in output, such like this 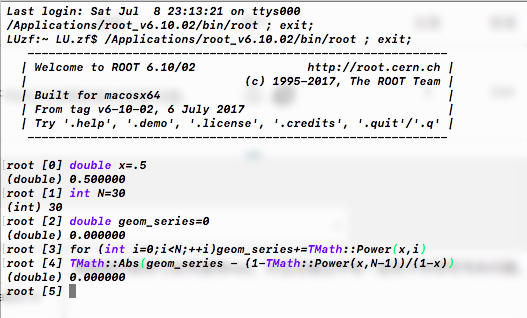 however when i read the ROOTPrimer, i find the output in ROOTPrimer is using the Scientific notation.
so i want to know how to make my output the same as ROOTPrimer’s.

I think we simply changed the output format since the ROOT version that was used too generate the graphics in the primer. Maybe we should update that screenshot…

I have updated the primer. Thanks to have seen it.
To get the full precision do:

That’s what is suggested in the primer now.