I have produced graphs using Python, but I also need to provide .C macros. The graphs I produce have wrong axis ranges after saving them as macros and running them again.

Here is a simple example:

If I run it using python3 -i test_saveas_macro.py, I get the first image below, if I then run root test_saveas.C, I get the second image below. The axis ranges in the second case, for the root macro, are wrong. Is this a bug or do I have to do something different? 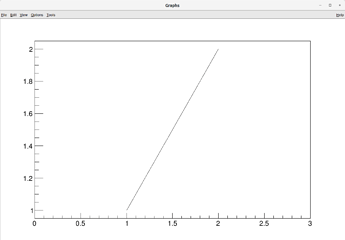 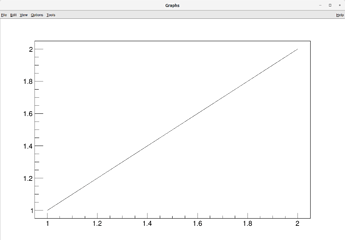 Yes I see that. Looking at it.

Now fixed in master. Thanks to have reported.

Thanks, I tried it and it works for the x axis.

However, if I add graphs.SetMinimum(0) to the Python script, it changes the minimum showed y value when running in Python, but the saved root .C macro ignores it. Is it the same problem with this setting? (same thing with SetMaximum())

Yes I did it for the X axis only … let me extend to the Y one.