I have a weird problem when running ROOT on a machine which I access via an NX session. I am aware that this is most likely rather an NX problem than a ROOT bug, but maybe someone here has found a solution.

What I see is an error when drawing a histogram. Depending on the binning, it can happen that several bins are simply not shown, although they are there. I have attached two screenshots, one with the original histogram, and the other one how it looks like when ROOT is running in the NX session. The histogram itself is fine, it is just not visible. The ROOT version is 5.22.

Did anybody experience problems with the combination ROOT/NX as well? With programs other than ROOT, I have never seen similar effects.

Thanks for any help, 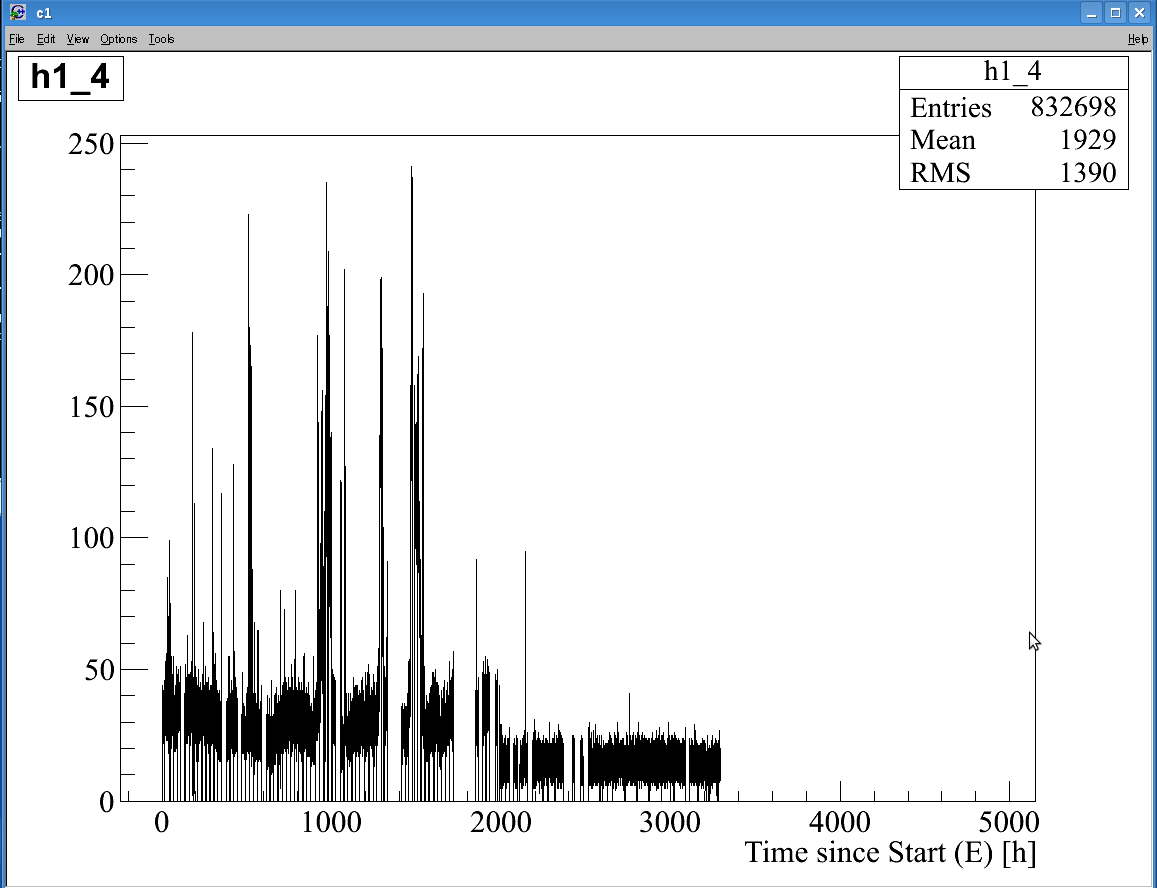 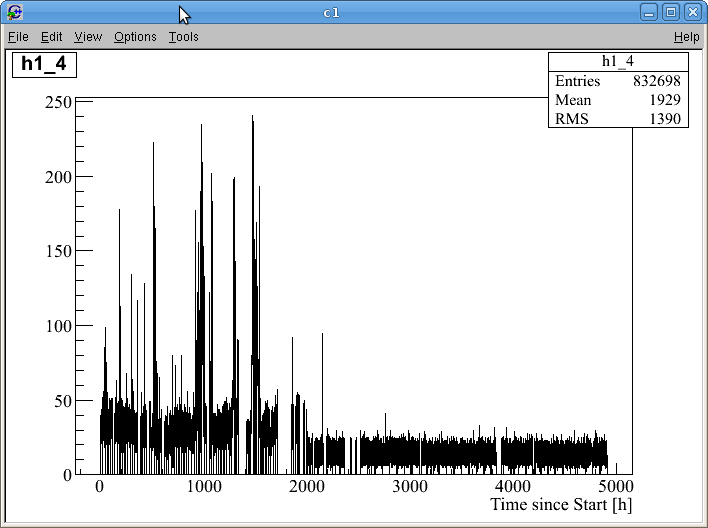 It looks like a buffer flushing problem with NX … Yes it seems to be a bug in NX.
May be you can try:
root.cern.ch/root/html/TCanvas.h … nvas:Flush

I tried to call canvas->Flush(), but nothing happened. I fear that there will be no easy solution