Hello, a few days ago, my macbook pro automatically was updated to Ventura 13.0 from Monteray. After that, when I tried to work on ROOT, it was not working. When I was in Monteray, I had the same issue but at that time I was able to fix the issue by changing the Xcode command line tool version to 13.0. However
this Ventura 13.0 does not allow to have the Xcode command line tool 13.0 so I couldn’t try to do anything. I updated this command line tool to 14.1 which is latest version, but the similar issue happend. I will attahced the screenshot below of error message when I typed the command “root -l”. Would you mind helping me solve this issue? 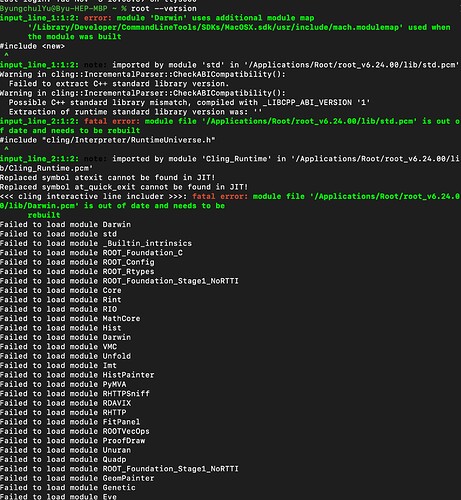 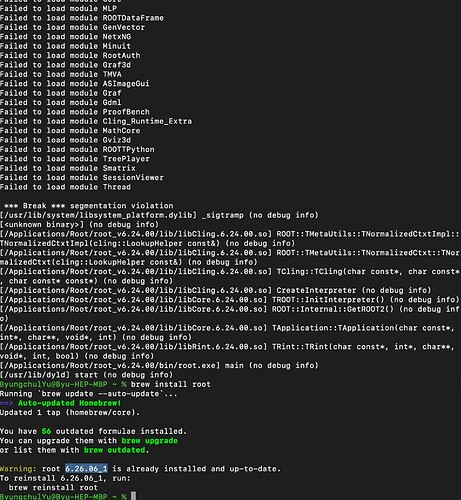 unfortunately after a macos upgrade like that you have to reinstall ROOT. We are working on releasing official packages for MacOS 13, but for now that entails building ROOT from sources. You can also try the ROOT homebrew package (not maintained by the ROOT devs) although that might also have some issues.

Hello, I just got an email saying that you released new version of ROOT 06.26.10 for solving the issue in Mac OS Ventura. So, I remove the root and reinstall it and I reinstalled the Xcode command line tool with the version of 14.1. However, the problem is still not solved yet. Would you mind giving me some advice for solve this problem? I attached the error screen shot. 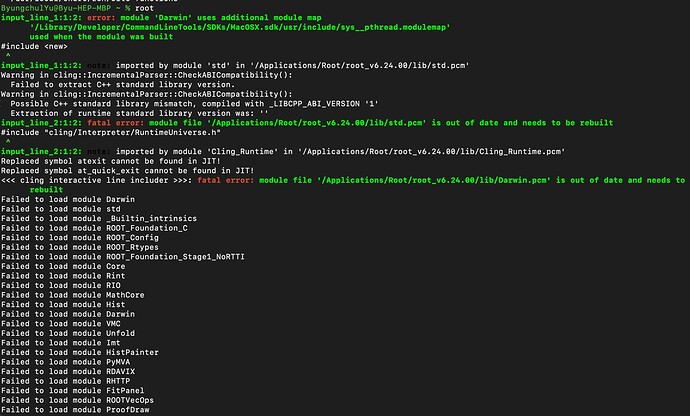 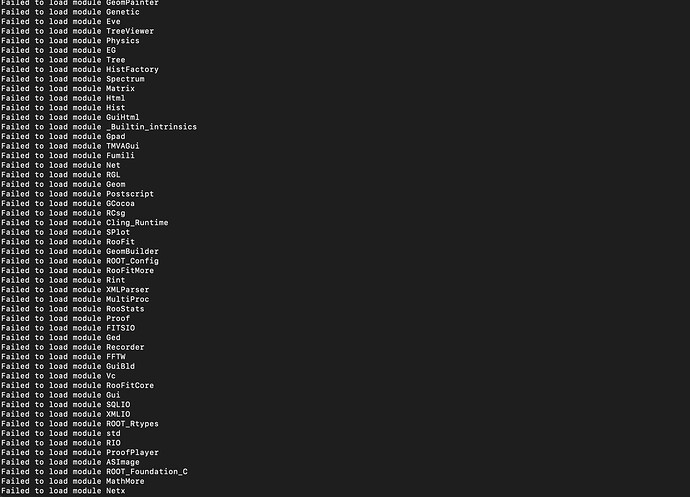 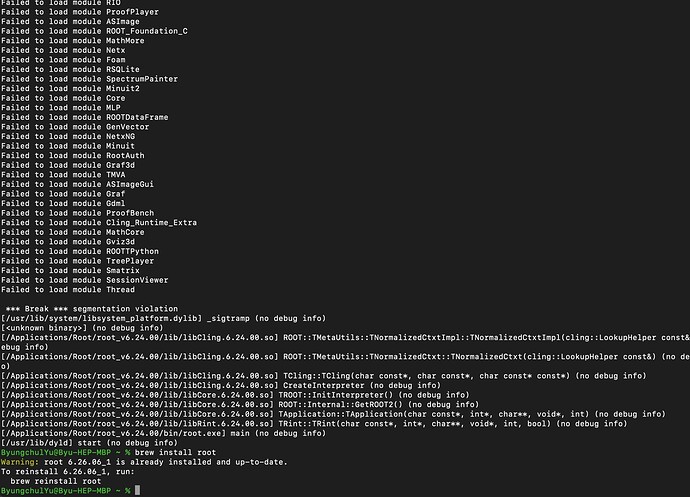 What I am struggling to is to upgrade the root to version 06.26.10. As you can see the last screenshot, my ROOT version is not 06.26.10 even though I reinstalled it. Also, when I typed the brew install root, it said my version is already up do date… I got really confused why…

from the error messages it looks like you have ROOT v6.24.00 installed under /Applications/Root and ROOT v6.26.06 installed via brew. I would recommend to remove all ROOT installations you have in your environment and then start from scratch with brew or the pre-compiled binaries (instructions here).