Hello, I’m a Doctoral Student in Physics and I’m useing Root 6.10 for analyzing detectors waveforms.
With my new pc (HP helitebook 840 g3) I can’t display properly the waveforms.
If I draw some waveforms, someone have the polyline and point visible, other have not. If I move or change the window some polylines appears. I tried whit root 6.08 and older version but the problem is the same. The monitor resolution is 3k.
Can you help me?

Thank you very much.

Can you provide some small (C++) macro reproducing your problem ?

I can’t because the problem occurs only with great number of point and waveforms. I can provide some screenshot and the command I use to draw the waveforms

Ok, provide what you can. We will see how we can help. 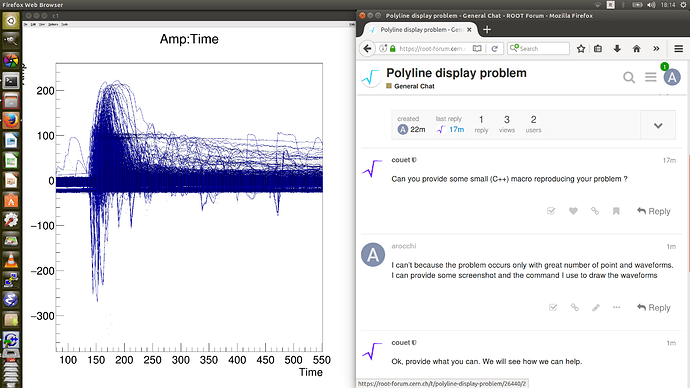 Changing the window or zooming, some polyline appears, others disappears. I’ve never seen a similar problem before.
The command I use is Analysis->Draw(“Amp:Time”,"",“pol”), I don’t have problem with other computers. 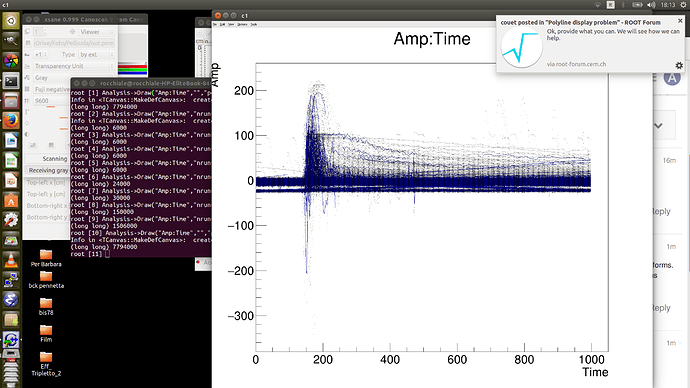 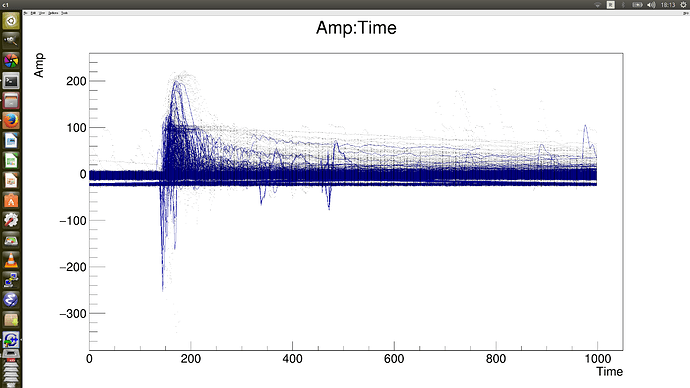 may be you can provide the “Analysis” tree ?

I upload this tree because Analysis is too big, the command now is Wave->Draw(“amp:time”,"",“pol”)

The real command seems to be:

It gives me the following picture: 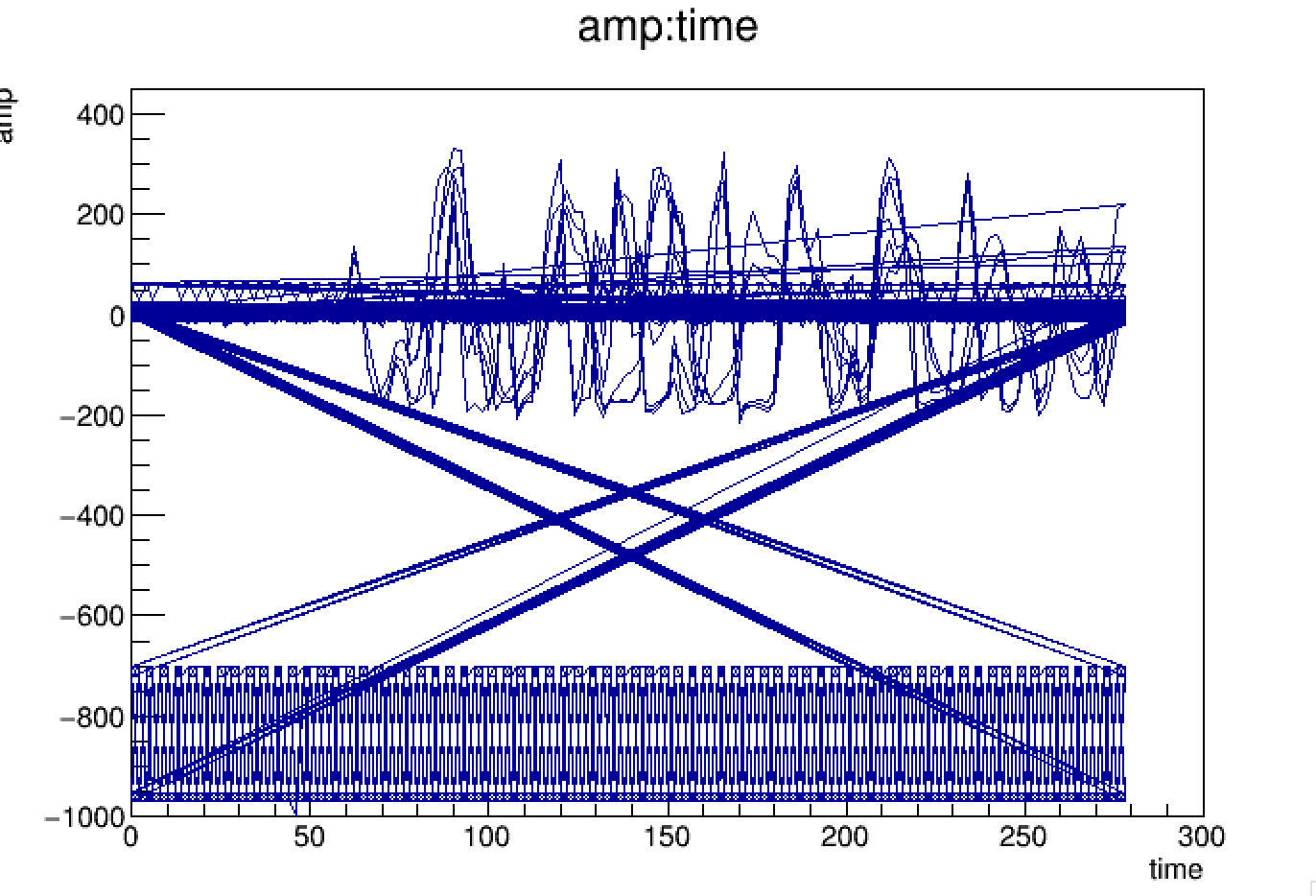 I am not sure I understand what you mean…

A root problem with my pc