Hello Everyone, I have several cuts from a two-dimensional histogram. It is in array form and is created using SetPoint. I would like to plot all the cuts on the same 2D histogram, I wonder how is it possible.

Just plot the 2D histogram and then for each Graph “g” do: 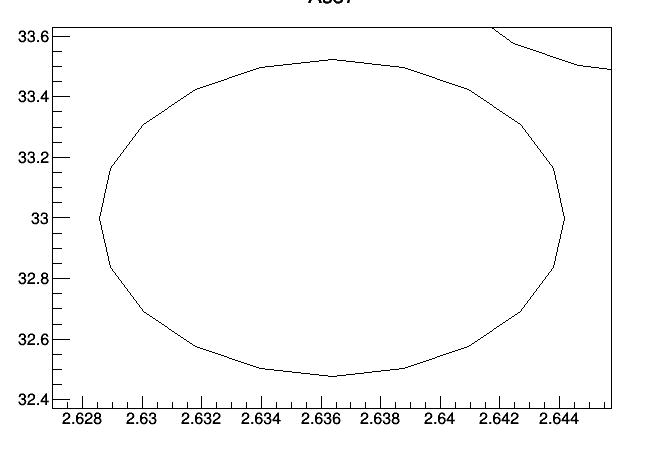 it shows only one cut/graph within its limit range, others are skipped. How can I specify the horizontal (2.5 to 2.9) and vertical limit (28 to 35), because it’s a canvas

Yes it is because the first graph limits are not large enough.
You should group your graphs in a TMultiGraph:
https://root.cern.ch/doc/master/classTMultiGraph.html