Omit section of the y axis in a 2D graph

I have a 2D spectrum where the data is separated. There is a large section of the y axis that has no corresponding entries and I would like to omit this region to focus more on the data rather than the large whitespace.

I have followed a previous discussion on this forum where you divide the canvas and then draw on two different gPads (Cut the y-axis) but when I try to replicate this I get that the two parts of the spectrum don’t feature on the canvas at the same time i.e. the one replaces the other as I execute their respective draw commands. I also want to have them on the same scale. Following that discussion caused the lower loci to be stretched out in the y axis because there are fewer entries but the gPads were the same size.

Could someone please assist me with this? I have attached a screenshot to give you a better idea of what I want to do. 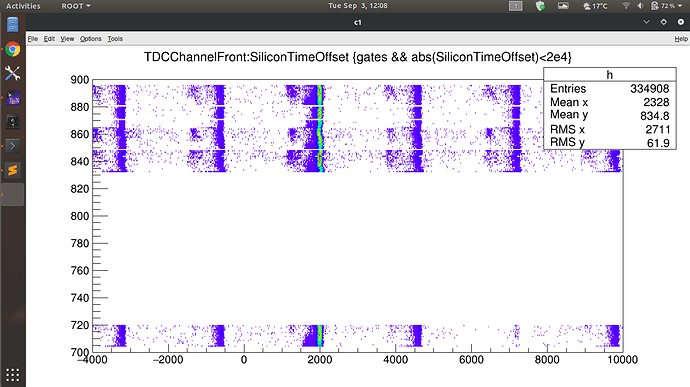 the one replaces the other as I execute their respective draw commands.

May be try DrawClone instead of Draw when you draw it the 2nd time.