How to widen TMarker contour lines?

I need to widen contour lines for TMarker objects with non-filled styles, e.g. (*),(x) or (o). SetMarkerSize() only increases size of marker, but not the thickness of its lines. gStyle->SetLineWidth() have no affect too.

Why I need this? When I prepare figures for publications or presentations, hollow markers looks too bad and too thin at my taste, its hard to read them. Currently I widen marker’s contour lines in gimp using erode filter, but this is no more than awesome forkaround.

The line width to draw the marker is fixed. The line attributes do not act on them.
Use plain markers with different colors ?

Markers with different colors are good solution, but only for presentation. There is no way this will help with monochrome publication in journal.

on monochrome they appear as grey scale. You can also turn the display in grey scaled mode.

Unfortunately the requirement is “high contrast images only”, I doubt a lot of gray shades will be allowed. Anyway thanks for the help.

Can you draw your markers two or three times. Each time with the slightly different size (it can not help with “cross” and “star” though) ?

Doh! Just what I wanted as well…

. The output may become strange with Qt-layer off

. The postscript output may be strange too

unless one creates the Qt-based implementation of TPostcript /TPDF classes. 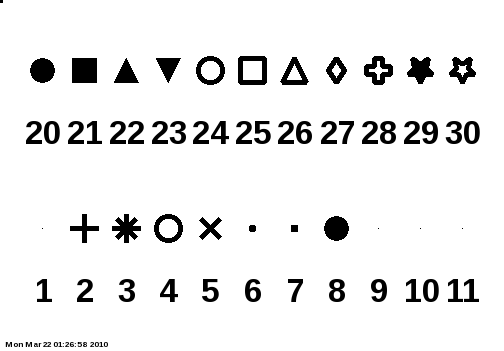 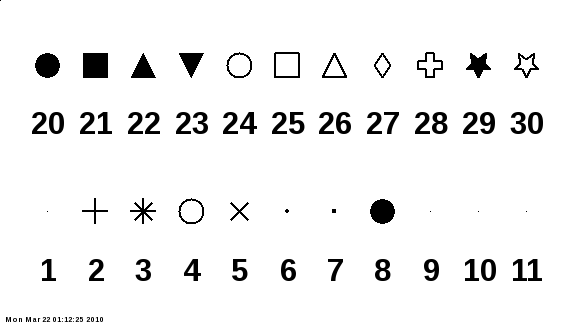 Will this feature be available in the next root release?
Is the patch available somewhere? Anyway I usually build root from the source.

[quote=“bircoph”]Thanks a lot!
Will this feature be available in the next root release?
Is the patch available somewhere? Anyway I usually build root from the source.[/quote]One can always complement his/her current ROOT version with the latest version of QtRoot plugin. One can always download and install it from root.bnl.gov/QtRoot/How2Install.html . The fix will be sent to CERN too.
You can use the lists.bnl.gov/mailman/listinfo/qt-root-l list to communicate the bugs and issues.