How to use logx axis for histograms

I am attempting to plot two histograms on the same axis, however the information on the two data files differ drastically such that I get something like this:

I attempted using a log scale on my x axis to improve the distribution but I get something like this instead: 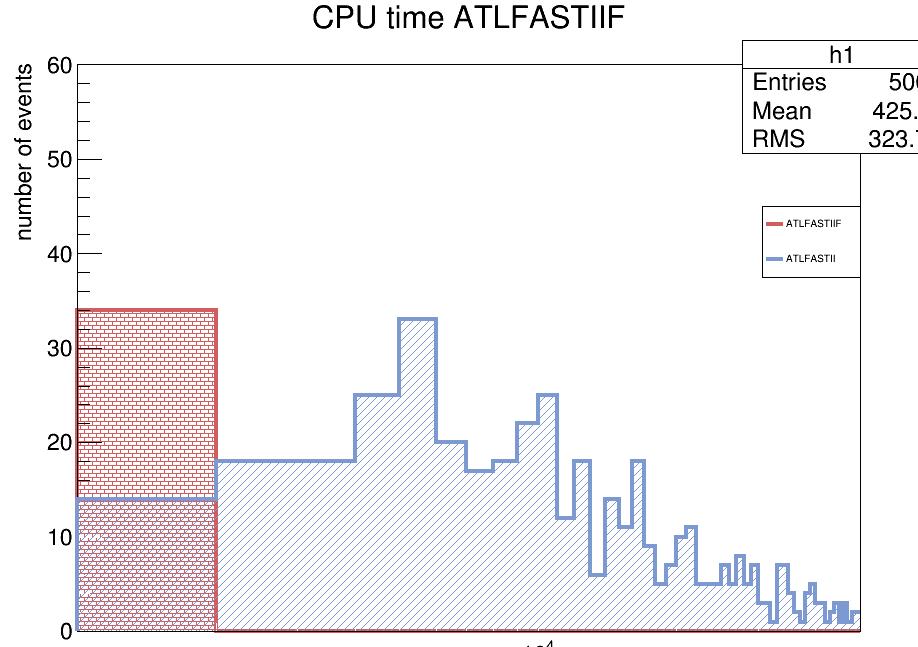 How many bins has the red histogram ?

I guess it is because your histogram starts at 0 … and log(0) is not defined.

The first bin includes values greater than zero that should fill nicely. Regardless, even changing the start position does not fix the issue.

Hi,
Since the red histogram haven’t any event above 2000, I see only two solutions for you.
Increasing the number of bins of both histograms to 1250, in this way you have 50 bins from 0 to 2000.
Otherwise you can use this TH1::TH1() declaration for the two histograms. You use a vector for the lower edge of the bins, in this way you can create bins with a increasing logarithmic width.