Gifs created by ROOT do not replay on libreoffice impress

Dear developers,
on Debian stable and ROOT v5.34-26, I am creating animated gifs with ROOT (infinite replay), and they play correctly in any viewer. However, when I embed them into a Libreoffice Impress 4 presentation, they do not replay (they just run one time).

As I learned in this post, if I open the gif with Gimp and export it again as gif (check “Loop forever”), then they replay correctly in Impress.
forum.openoffice.org/en/forum/v … f=10&t=510

Is there any trick how ROOT could export in the same way as Gimp for being compatible with Impress and avoiding the tedious open-and-resave-with-Gimp?

I am creating animated gifs with ROOT (infinite replay), and they play correctly in any viewer. However, when I embed them into a Libreoffice Impress 4 presentation, they do not replay (they just run one time).

So it looks like a bug in Libreoffice Impress 4

There is no special trick… I do not know what Gimp does. It needs to be checked.

Yes, it looks like a bug in LibreOffice Impress. I have written a batch export script for Gimp, just in case some user wants to automatize this bypass-procedure, where 500 is the 500 ms delay (50 centiseconds in the macro of my previous post).

Btw, I checked how Gimp encodes the loop (which works fine for Impress):
gimp.sourcearchive.com/documenta … ource.html

code.metager.de/source/xref/cern … port.c#989
but I am not able to compare it xD.

Yes, it looks like a bug in LibreOffice Impress

May be you can send them a bug report.

It seems to be a bug not only in Libreoffice, but also in Firefox (but not in Chrome). See here, if you open with firefox:

With: Chrome, Firefox, Safari, Opera, Camino on Mac
They are All fine … I see the animation everywhere.

Oh, sorry, you are right. Ok, I just figured out the reason why I was confused.

File
root.cern.ch/phpBB3/download/file.php?id=10268
plays again exactly 50 times, which in reality should be the 50cs delay I wanted between image 4 and image 1. Then it stops.

The other file loops forever.
root.cern.ch/phpBB3/download/file.php?id=10269

The reason is the different behaviour of “NN” for the last subimage, when used in animation. It is described in
root.cern.ch/root/html/src/TASI … x.html#615

// For repeated animation the last subimage must be specified as
// “myfile.gif++NN”, where NN is number of cycles. If NN is ommitted the
// animation will be infinite.

Could it be added at these points also to the documentation, to clarify it / or say at least “->see WriteImage function for more details”? Otherwise, each user has to search deeply in the code until finding the reason.

Could it be added at these points also to the documentation,

I have a related question:

If I want an infinite loop, I have to write my last frame as

However, the delay between the last image of the loop and the first one is 0 (or non-existent). See the output of gifsicle when analyzing the image created by ROOT:

See also in the gif image the attached result, where the image #3 is just a short “flash”.

Could ROOT include in the future a way of controlling this last-frame-delay? Maybe with a syntak like “++50++”. The bypass I use now, namely to write twice the last frame (once with ++50 and the last with ++) does not seem very clean to me…

Thanks for the attention.

I suggest you post a lira request for that.
may be the delay would be always added at the end ?
No need for a new option exist already.
Note that any implementation you may do is welcome.

They answered the bug report. Apparently, GIFs generated by ROOT have a weird metadata order that does not fulfil exactly the standard. Could you check it?

“The Netscape 2.0 looping block must appear immediately
after the global color table of the logical screen
descriptor.”

That is not the case with this GIF; the Netscape extension appears much later.

Thanks for the investigation, ferhue! @couet will take a look once we’re all back from holiday! Should be in about a week’s time.

@ferhue I just looked the point #8 you mention here. I am a bit confused because the file referred in that point (gifread.cxx) is not part of ROOT… Can you clarify what the problem is ? may be post a macro and some instructions reproducing it ? The Jira report linked to this post is closed since a long time and tells all is fixed.

Then insert the generated file test_gifs.gif in a LibreOffice Impress slide. There, you will see that the gif file only loops once instead of infinitely.

This is due to the fact that the .gif file generated by ROOT fixes the number of loop iterations (the Netscape 2.0 block) at a later point than expected by the standard. Thus, Libreoffice sets the number of loops to the default value (1). 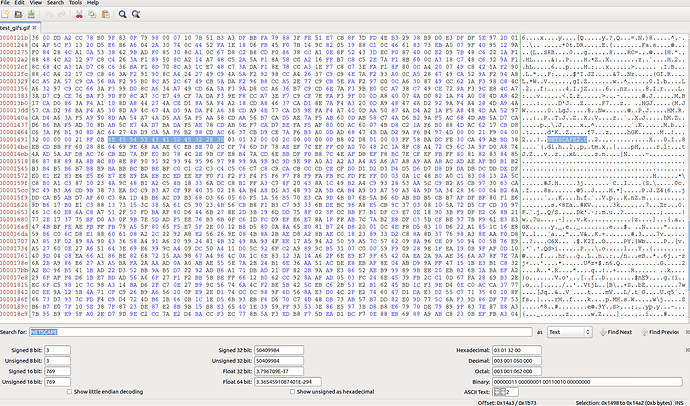 The Netscape 2.0 looping block must appear immediately after the global color table of the logical screen descriptor.

I think that the part of the code that should be moved is graf2d/asimage/src/libAfterImage/export.c, line 1111:

@ferhue thanks for your input. I started looking at it yesterday and I ended up looking in that file too. Because of some other matters to deal with I did not continue. I will today. I will look at your suggestion.

I tried to move up this part of code but all I get is a wrong gif file and many errors: