Drawing a single contour over a TGraph2D using cont4

I have a TGraph2D that I want to draw using cont4z. However, I also want to draw a single specific contour over the top of the TGraph2D as a black line or something. I understand that cont4 imposes its own coordinate system on the pad, and so I have followed the advice given here…

…which has led to a complication. As you can see in the attached code, when I switch to the second, blank TPad, I have to draw a frame corresponding to that in the first TPad; otherwise, the single contour I want to emphasize is drawn over the whole range of the pad, and not the area of the pad that matches the cont4 pad. But when I use gPad->DrawFrame(), it somehow destroys the “blank” nature of the second TPad.

Any help would be greatly appreciated.

I had to do ’ configure’ with rootfit enabled.
with that your macro gives me:

ok, when I execute your macro I get:

It produces the following plot. Is it what you get also ?

Don’t draw the frame in the transparent pad but define the pad range as shown in the example transpad.C
root.cern.ch/root/html/tutorials … pad.C.html

I use that first tempCanv to draw the contours and “list” them, so I can extract the one I want and hopefully overlay it on the cont4 later, on the other canvas.

I get the attached, which is just the single contour line I want, but with a white background: 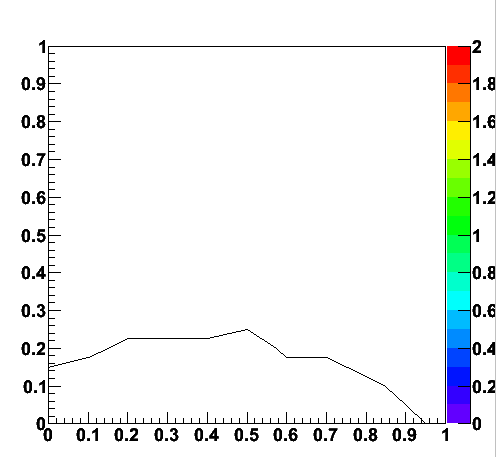 If you drag the white background off to the side, though, you can see the cont4 plot on the pad underneath: 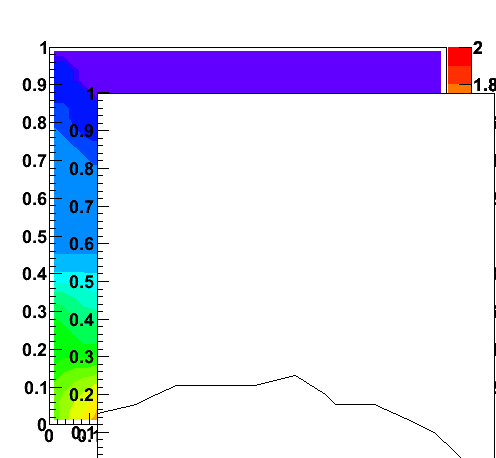 Thanks for all the help so far.

Just for future references … an empty object’s “name” is not a good idea … see [url]Empty name of an object for an official statement.

Can you send me the macro which produces this plot ?
The one I have looks very different.
Thanks in advance.

I’ve attached a minimally modified version of transpad.C where I draw a CONT4 Graph2D and try to overlay it with a TGraph. But the TGraph has a white background, like in your screenshots above, that covers the Graph2D below it.
transpad.C (1.75 KB)

No, I was waiting fro the macro I asked you.

Thank you very much! That worked.

I do have one more question though. Is it possible to remove the axes from the TGraph? Right now, it draws them on top of the TGraph2D’s axis and it doesn’t look very nice as they overlap a bit. I tried removing the “A” option from the Draw function, which gets rid of the axes but collapses all of the points into one line, as shown in the attached image. I’ve also tried setting the ranges on the axis (when the A option was not used) as shown here: root.cern.ch/drupal/content/how-set-ranges-axis , but that didn’t help. 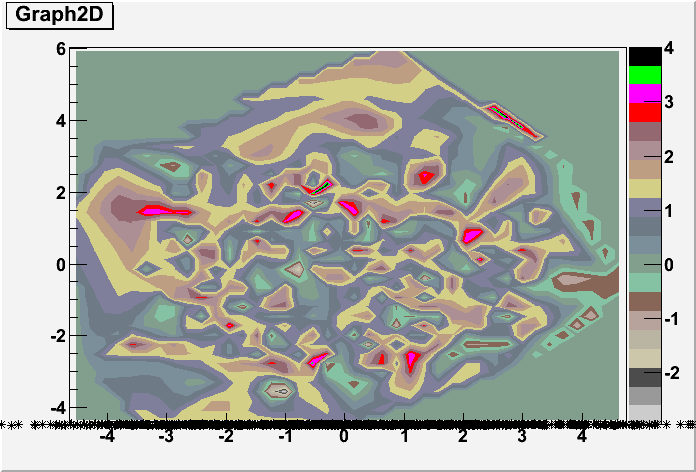 Before removing the axis I would make sure they overlap exactly.
If they do not overlap (at least the tick marks) it means that the two scales are different and therefore your plot is wrong.