I’m having a very weird problem that I can’t track down. Basically, I have nearly identical code being run in two separate python scripts, in which I eventually call:

Notice that I don’t pass any options to Draw(). In the correct case, I get this:

And in the other script, I get this: 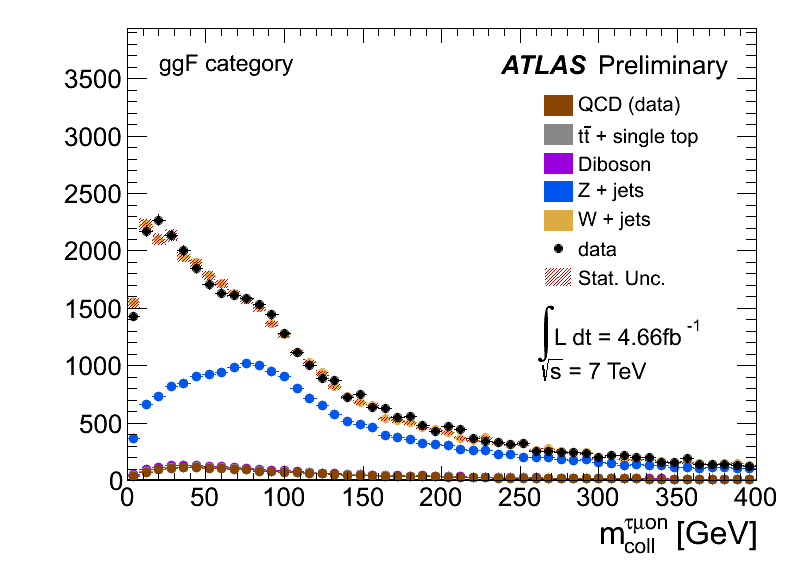 In both cases, I don’t even touch gStyle. Does anybody know how if it is possible that Draw() under certain circumstances uses ‘P’ as a default option? Anyone has an idea how this can happen?

I unfortunately can’t provide a simple example in which this also happens. I have a plotting framework containing a rather sophisticated wrapper for 1D histograms which has never produced this kind of behavior before. I can provide the code if really, really necessary.

it could be that the histogram in the stack have been added with different drawing options:
root.cern.ch/root/html/THStack.html#THStack:Add

Can it be that in one of your macros you call TROOT::ForceStyle or/and TCanvas::UseCurrentStyle?

Thanks for your suggestions. It turns out to be neither of these things however. I have an external package in C++ that I import into my script using “ROOT.gSystem.Load(myPackage.so)” and then “from ROOT import myPackage” and as soon as I take out these lines, plot style is back to normal. There is some internal conflict here that I can’t quite figure out…