I want to convert a root histogram that I have to an array so that I can use the array to re-create the histogram using matplotlib with better aesthetics. I show bellow my code and even though it produces a histogram, it doesn’t look like the original histogram. Can any one please help me to figure what I’m doing wrong here? (I change the bins=10 from bins=binnxs because the code fails)

It would be also interesting for us to know what you mean with “better aesthetics” ? May be a picture example, produced with MathPlotlib, showing what you would like to have which apparently ROOT cannot do ? We may come with a solution avoiding the conversion… who knows ? …

I currently develop a pyroot ode that produces following plot 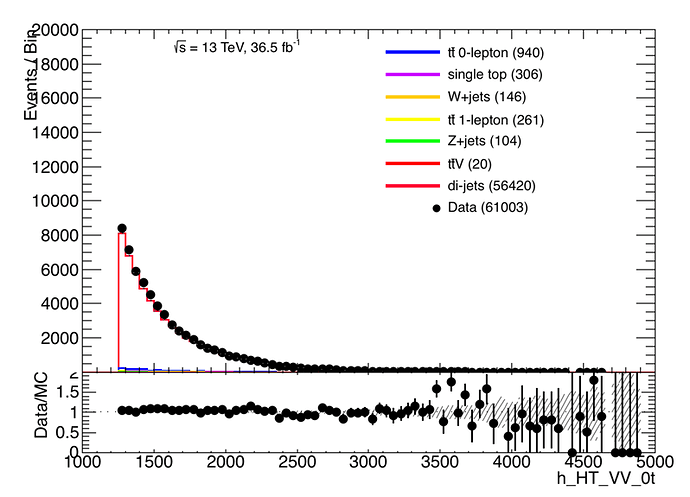 Since last summer ROOT has a nice class doing this kind of plots. It is called TRatioPlot .

Thank you very much for letting me know about TRatioPlot, it’s so awesome!!!