I would like to learn if there is any possibility to make any plot with circular bins instead of square.
You can look at the histogram as an example. 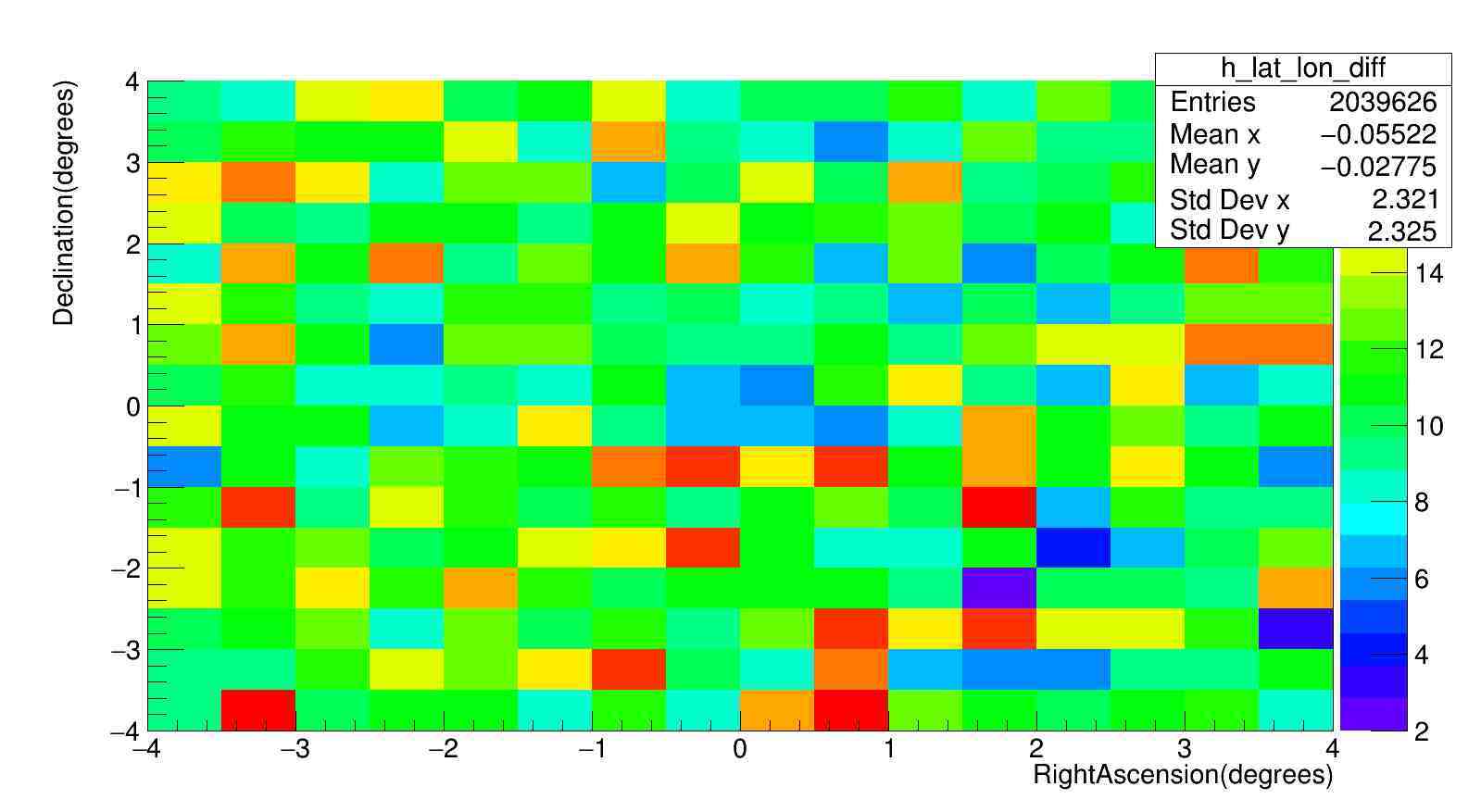 You can try the the option “COL POL”

Example of 'circular bins" with a TH2Poly.

Thanks for your interest.
Maybe it’s better if I tell my aim. So I want to make histogram with circular bin (colpol is useful but too divided!) so that I can compare the each circle and their density and also let’s say for the second circle I would like to divide same area as for the first circle. I hope I am clear enough 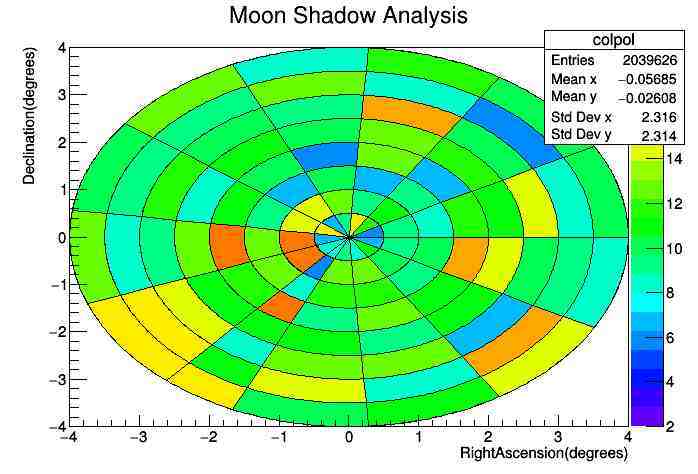 colpol is useful but too divided!

You define “how much it is divided”… COL POL simply uses the number of bins you have in your histogram.

Exactly! But I don’t want these lines in histogram. Let’s think like this-> First remove lines then I have just circles right ? Then I would like to divide the second circle into 3 so that I can have same area as the first circle! What’s your opinion now ?

And third circle is divided by 5 so on! Then I will have same area all over the histogram.

I will try to figure out then. Thanks a lot!