Adding a grid to a plot

I usually use TGaprh/TMultiGraph to make some plots, and i want to add a grid to some of them.
My requirements are:

I already asked about this here but the solution i was offered is not good because SetNdivisions is limited to 100 grid lines (my range is about -15,000 to 15000 units and i want a grid line every 5 units).
I am new to ROOT and this is a bit confusing.

For example, this is one of my files - 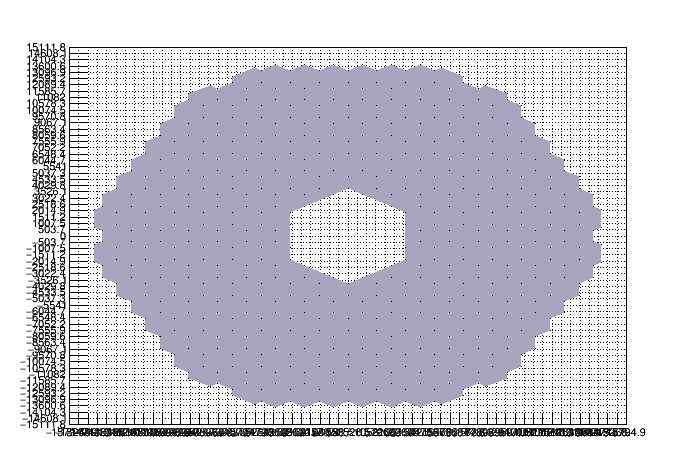 It is visible that there are dots and not lines, they are behind the image and not in the front, and the spaces are too large.

What is “g”? it seems to have no effect.

The following is stated in the documentation that was linked:

if option=“g” is specified, this will force the drawing of the grid on top of the picture

I already asked about this here but the solution i was offered is not good because SetNdivisions is limited to 100 grid lines (my range is about -15,000 to 15000 units and i want a grid line every 5 units).

You should have continued with the previous thread instead of opening a new one. Any way if you need more than 99 divisions it is clear that the number of divisions parameter will not allow to define that.

Note that the plot you are showing has much less than 100 divisions … also if you are drawing that many divisions I am afraid the plot will be completely unreadable unless you produce a large output.

I think you need some custom way of drying the grid line by line. Do you have any example or plot showing exactly what you need ? the macro i posted in the other thread was just a example. You did not says you need 100 grid lines.

The macro I sent you before fulfil completely these requirements.

Thanks! this looks very good. inly one issue - i can only print either the grid or my TMultiGraph. what could cause this?

Try printing the graph with a flag “ALPF” (this is the one im using). it makes the grid dissappear.