I have a rather complicated function from which I want to draw some contours. The problem is, I can’t seem to change the contours that are being plotted by default, and they unfortunately sit in a very uninteresting region of the plot. The region where we see contours gets the function right, so I doubt I made a mistake in writing down the function. I attached a minimal python script reproducing the issue. It seems like using SetContourLevel has ne effect at all. If I stay in interactive mode afterwards, and use GetContourLevel, I get 0 for all the contours I set.

I noticed I have a wide range of order of magnitudes in the numbers that I use there, might this be a problem? 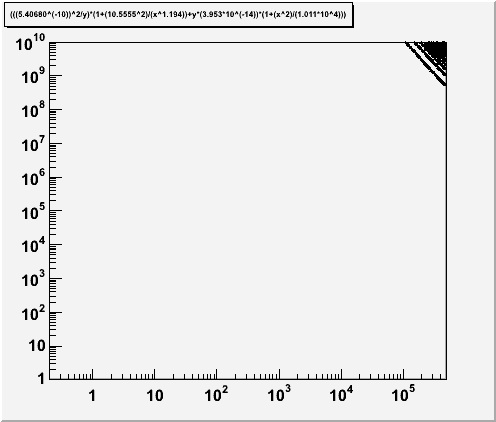 I just realized there was a few problems with what I did. I forgot to square a few values in my equation, and I now use SetContour() instead of SetContourLevel() to choose the contours to display. I can now set the contours correctly. However, I still get the contours displayed only in that little square corner for very large values. I suspect it has something to do with the logarithmic axes.

Anyway, here is an updated script, and updated pictures. 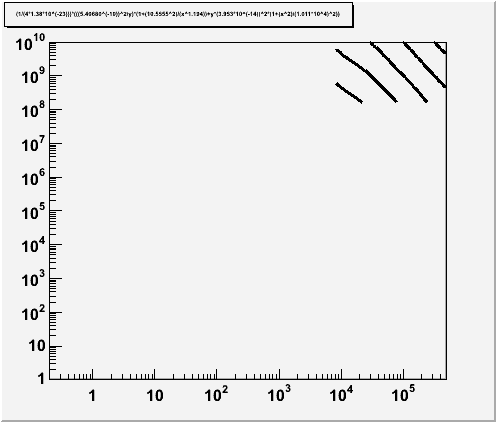