TChain: Adding files by reading filenames in a text file

I am trying to use a while loop to read filenames in a text file and then add them to a TChain. However, it seems my code fails to add all the root files to the chain. Here is part of my code: 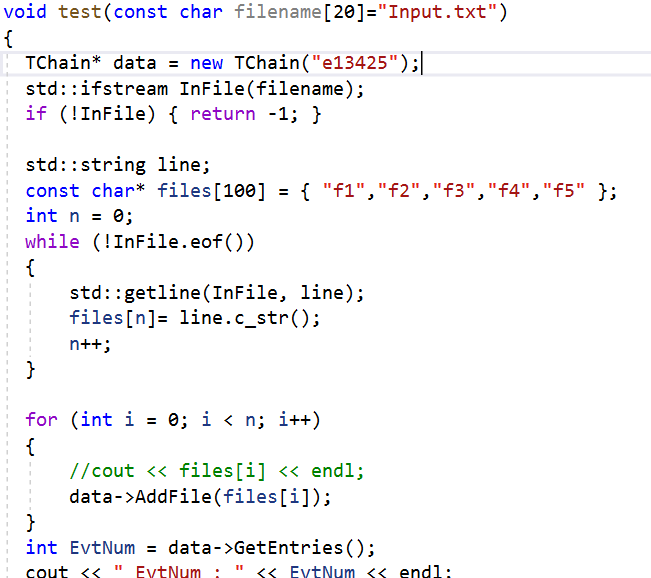 I use 5 root files to test my code. The number of entries is shown to be 5986010. However, if I simply add files by using the silly code:(sorry could only include one figure in my post)

For the above testing, I was using root 6.14/06. I suppose the silly code should be correct but I could not see what is wrong with the while loop. Thanks for the help.

Why don’t you call AddFile with each line as you read it?

That is what I try to do in the first place. I put the addfile into the while loop but only the last file is added and the root files in first 4 lines are said to be doesn’t exist. The same error occurs if I only include 2 lines in the text file. Here is my code. 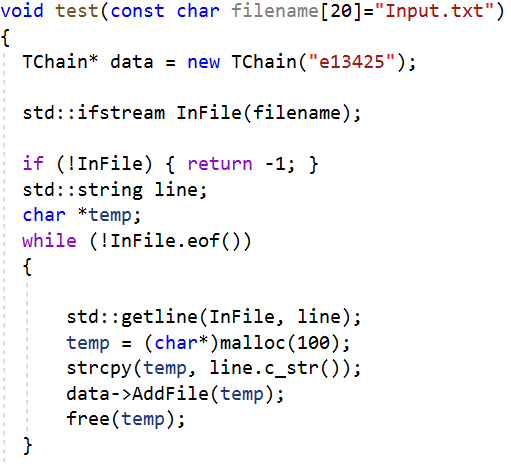 You should either be able to do data->AddFile(line.c_str()) if TChain copies the string, or you shouldn’t free temp (if it doesn’t). In the later case, there’s no need to declare temp before the loop, just declare it where it’s initialized.

The last “|” does not show up except for the last line. I have absolutely no idea what is happening…

You need to run dos2unix on your input list so you have UNIX line endings.

Thanks beojan!!! This is the problem! Everything works after switching to UNIX!