Hello, in a Geant4 simulation, a produce a TTree where branches are double.
Here the file WeTransfer - Send Large Files & Share Photos Online - Up to 2GB Free

I wrote the macro and it looks like working (i.e. a produce the new root file with 2 branches), but I see different number of entries. For example, when using the original file (Sim.root) I plot 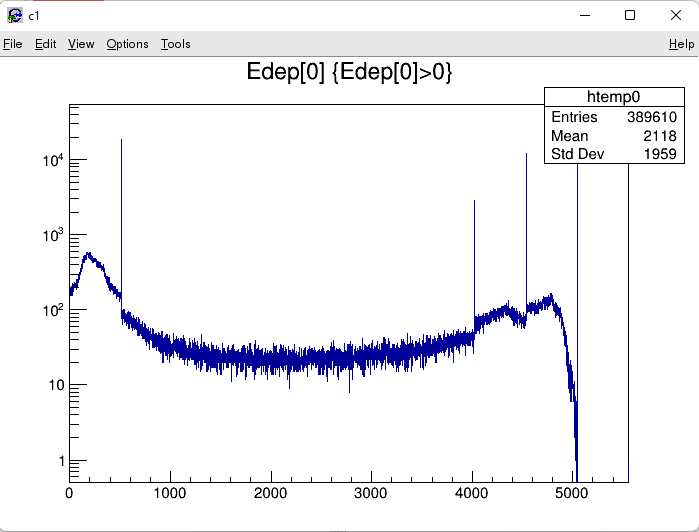 on the contrary, when using the new splitted file, by the command 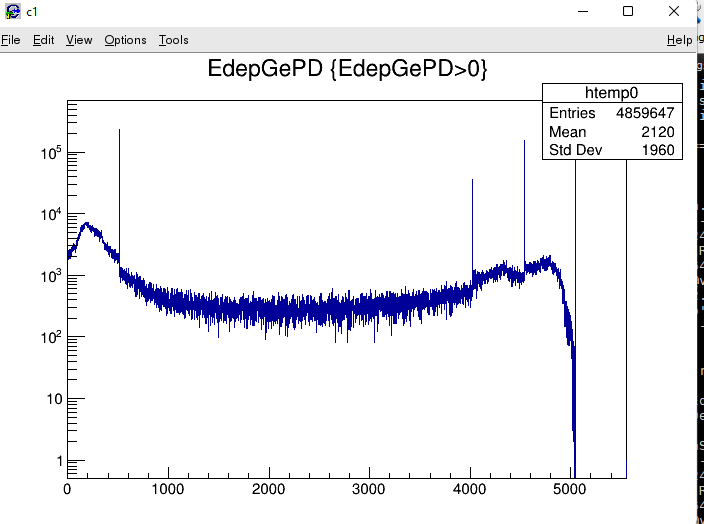 As you can see, in the new file I get a number of entries larger then in the old one, but I don’t understand the reason. Here the macro and the new file

1 file sent via WeTransfer, the simplest way to send your files around the world

Think carefully about what you are asking ROOT to draw; you are not necessarily asking the same here. There might be other issues but check this first.

Hi @dastudillo,
.[quote=“dastudillo, post:2, topic:53153, full:true”]
Think carefully about what you are asking ROOT to draw; you are not necessarily asking the same here.
[/quote]

Edep[0] of the original root file is the EdepGePD in the new file, then

should be the same request than

then probably, there is some issue in the macro (but I don’t understand which one).
I’ve just uploaded the root files…could you check please?

Thank you @Wile_E_Coyote
That was the issue! Now the entries are the same!