I’m trying to fit three seperate peaks each with a Gaussian and a constant background using RooFit. This works (suprisingly well), but now I want to get the value of the Gaus+Background at the center of the peak. All attempts to get any meaningful value from the fitted p.d.f failed. 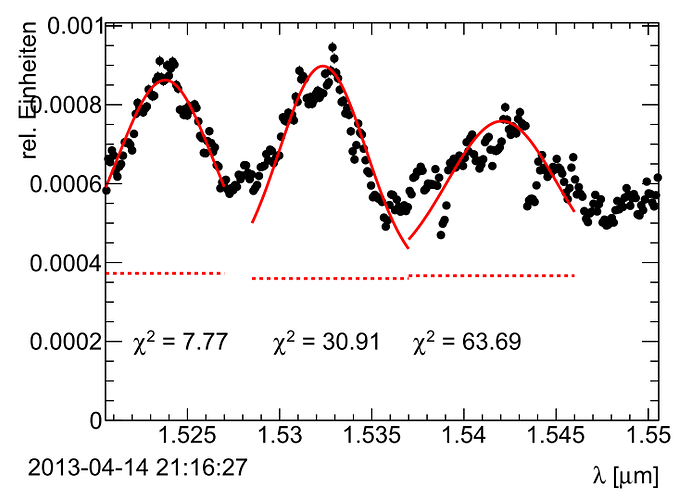 My variable is called x and I have the three p.d.f.s pdf1, pdf2 and pdf3. To get the values I tried to use

Is there a way to construct a TF1 from the fitted p.d.f or any other way to get the fitted values?

one can get a TF1 by asking the frame for an object called “pdf1”: