I’m trying to read output .root file from TMVA, but there is branch format, that I don’t know how to read.
Inside the tree there is branch BDTG, which contains several variables - outputs for different classes. How can I read them?
When I tried to setbranchaddress these as vector, root suggested to set as float, but in this case only first variable is read. 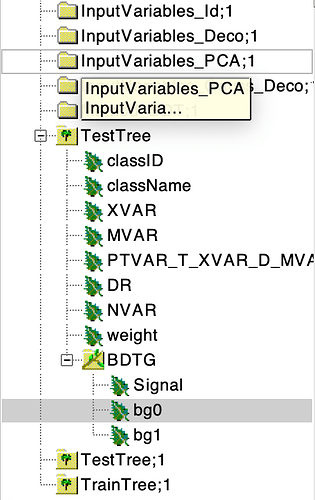 Solved: one should create struct:

then declare the variable

then use it in SetBranchAddress: