I suspect something amiss in the GDML-to-TGeo conversion that is internally happening. Any idea where the problem might be? 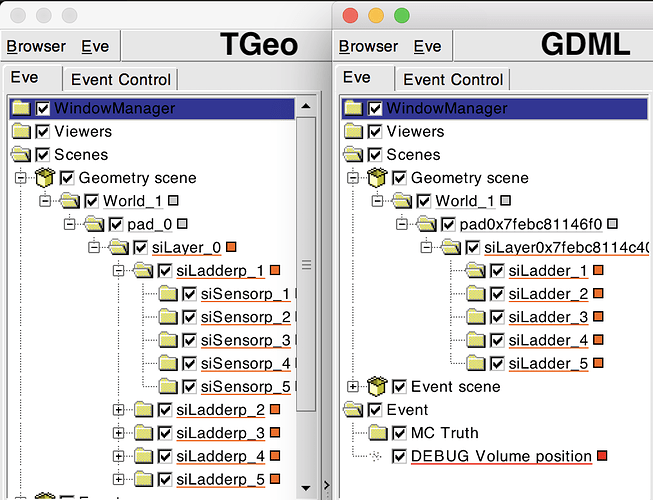 Anyone with experience with the ROOT GDML implementation around?