Problem in adding a TLorentz vector

I have developed a macro which is used to add a TLorentz vector to construct a mass. As four vector addition gives an invariant mass. I wanted to reconstruct the Z boson mass by adding a four vector of energy and momentum. But I donot know what is the problem, when I add Lorentz vector it gives zero entries. Kindly help me to resolve this issue as soon as possible. I am sending you the path for my macro and file.
/afs/cern.ch/user/n/nmajeed/public
lorentz32.cc
The mass of Z boson is 90.1,the histogram should have a peak at this value.

the mass of the Z boson has been measured very precisely at LEP to be ~91.2 GeV.
Said that, it is not clear to me what you exactly mean “adding lorentz vectors give zero entries”. Sum of TLorentz vectors works fine.

I have sent my code’s path. What I mean exactly is when I add the lorentz vector in macro it donot add any thing. I am attaching my code and source file path for you. The resulted plot is also attached. Kindly check it. lorentz32.cc (3.3 KB) 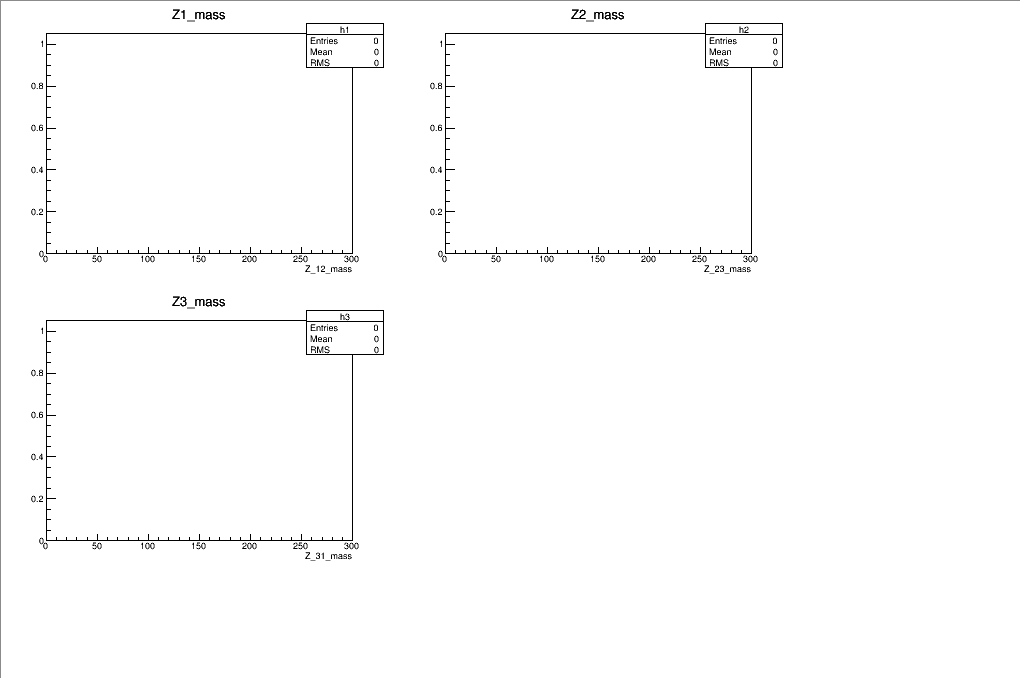 before accessing the variables associated to the branches, call GetEntry.
You also access with an index a floating point variable (SelMu_en[m]). This is not defined in C++.

I am working on fake rate estimation. I want to plot Z mass using two prompt leptons and separate out the fake lepton from the signal of three leptons. Then How would I call this SelMu_en[m] in C++

I donot need to tackle with many tree branches. What I need is how to declare and add two Lorentz vectors.