I’m trying to learn PyROOT on mac with Jupyter notebooks. It was working fine, but then I found this tutorial which has the “%jsmva on” command. In my notebook this errors despite ROOT commands working normally. I’m using miniconda and I have “root” in my conda environment’s list of packages.

Any ideas on what the problem is? Do I need to do some extra conda install that I didn’t already do to get PyROOT running? Thanks! 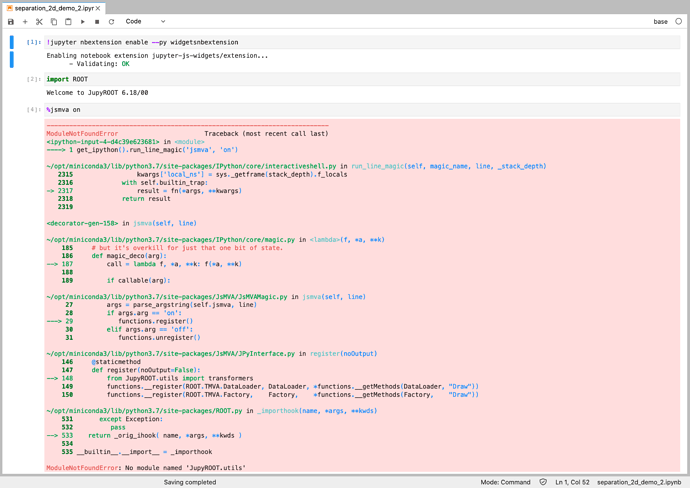 This is a bug and it has been fixed in master, the fix will be released in 6.22 (probably in June).

If what you want is to learn PyROOT, please try some other tutorial which is not a JsMVA one, to avoid this problem in 6.18.