ImportError: DLL load failed: %1 is not a valid Win32 application

I’m trying to run a python script but I keep getting a continuous error when simply importing root.

The two system commands were added to attempt to fix the problem. There error message I’m getting when I try to run the script is

I checked to make sure the libPyROOT DLL was in the C:\root_v5.34.36\bin\ folder and it indeed was. I know that other files in my root directory are fine because I run other root things on my machine but with C++.

I have read some things about the idea that it could be a conflict between 64 bit and 32 bit OS but I’m not confident that is the issue because at one point this code worked on the machine I am using. Also, I am running Windows 7 64 Bit.

Thank you for your help.

If you right click / Properties on libPyROOT.dll, what does it say about the file type?

What does python --version say?

These are the file properties.


The python version is python 2.7… 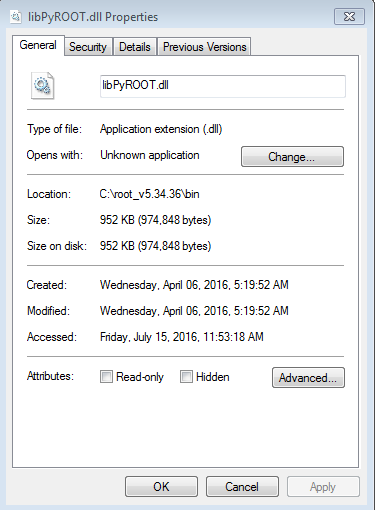 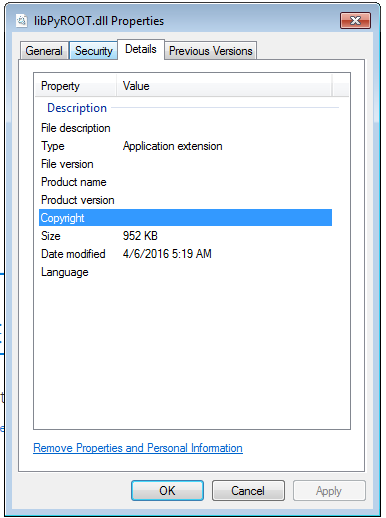 This problem is still on going, but I created a work around.

I tried using this on a different windows computer and it worked. All I had to do was copy the libPyROOT.dll and the ROOT.pyc file into the same folder as the python script and it ran.

I still would like to get it working on my original machine however, so any suggestions would be appreciated.

Is the python install on the machine where it doesn’t work a 32bit or a 64bit one?

I have tried it on two windows 7 64 bit machines, and neither of them work. However it does work on a 64 bit Windows 10 Machine.

Do I need to add certain variables to the windows path environment variable possibly?

Thank you for your support.