How to increase granularity of ROC?

I saw that the ROC expressed with 99 points from 0 to 1 in the output of TMVA.
I want to increase the granularity of ROC instead of using default setting.
Could someone guide me how can I do this?

Thanks in advance,
Jongho

Unfortunately I noticed that the function TMVA::Factory::GetROCCurve is missing a parameter specifying the number of points (the default is 100).
I will add this option. As a workaround the solution is to create the ROC curve from the TMVA output fil.
Here is an example on how to do from the outputfile of TMVAClassification.C for the BDT method.

Hi Lorenzo,
Thanks for your detailed answer with example!
I’ll try above example to draw ROC curve.

When I tried this macro, everything was fine except the last line.
It opens a canvas, however, the ROC curve is not appear.
I’ve checked that three vectors were filled with proper values.
Can you please give some help?

curve->Draw("AP") doesn’t work either.
I also tried manually by making a canvas and add c1->Update(); just after Draw command.
The output is below. 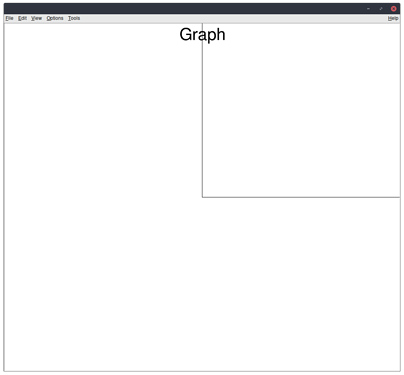 Can you please post you code so I can reproduce this ?
Thank you

Thanks for taking care of this issue.
You can get input of the code from here
high_granularity_roc.cpp (1.3 KB)