I have written a macro to plot two histograms on the same plot. The first histogram is plotted from a TTree and the second result need to be plotted from a .dat file with two columns (namely the mass and yield). 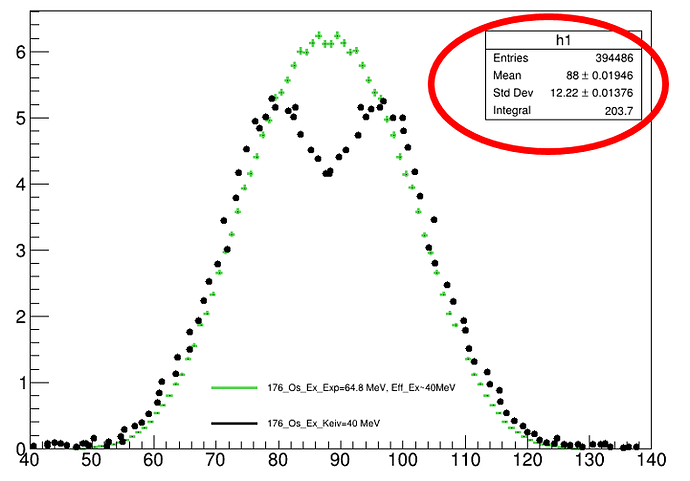 So when I run this macro I have the histogram details of the first histogram h1 but I would like to display the entries, std dev and intergral of the second histogram MyHisto.

Could some one please let me know how to do this.

Thanks, @Wile_E_Coyote for the prompt response.

I had one more doubt. I want to draw my second histogram from a text file with two columns namely mass and its yields (see the attached file).