I’m using the GL viewer to draw a series of images, so each time I change the contents I update the canvas. This works reasonably well, but for some reason, until the program is done running the GL viewer appears to be cut off (see picture - it’s supposed to display the whole box). It doesn’t resize to show the whole image until the end of the program. The problem continues if I try to save the picture - it cuts off the right side. Any suggestions? Thanks! 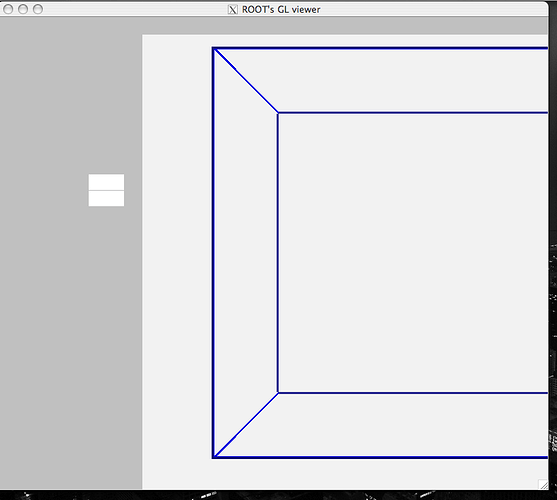 The GUI update is only done when event loop is “free”. So, after requesting the update also call
gSystem->ProcessEvents();
If you want gl viewer to reset camera position to show the whole scene, you should call:
gl_viewer->ResetCamerasAfterNextUpdate();
before doing the pad update.

If you have any further trouble, seeing your code would help.