I can now load my GDML files into ROOT’s TGeoManager,
using the following code.

But there is a small problem when I save to graphics output.
It appears that the “Save As” dialog box is being captured
and saved, also. Please see attached screenshot.

Is there any way to avoid this?

Also, is there a way to save the geometry to graphics from a script? My naive attempt to use TGeoManager::SaveAs found that this function isn’t implemented.

I am using ROOT CVS head, but the problem occurs in any recent version.

EDIT: The File -> Save command (not Save As) seems to work okay. At least there aren’t any strange artifacts in the output. I will use this instead. 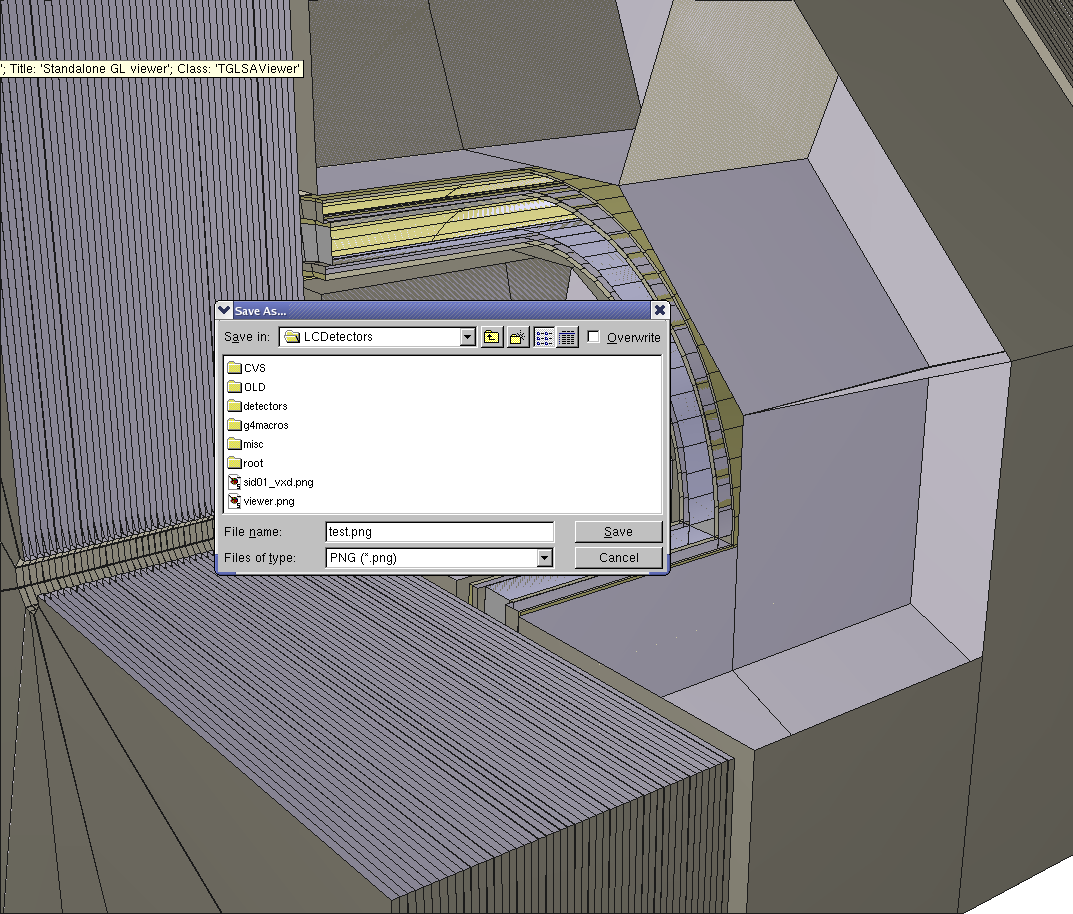 I can’t reproduce described behavior either under windows, or under linux.

Any help would be appreciated.
Chris