Error: Symbol #include is not defined in current scope

I made a program in order to read csv files and plotting their data. the code seems to be correct but I have had always these messages, that are shown in the attached file, and it stops running.

what’s wrong about it? are libraries missing?
if you need more information do not hesitate to contact me 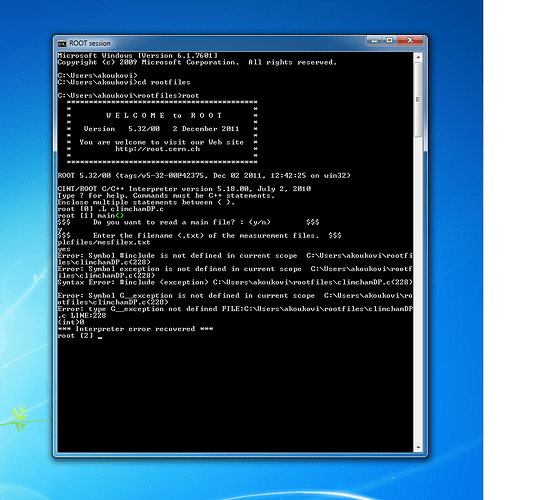 with ACLiC I have some messages that I do not understand.
(image attached) 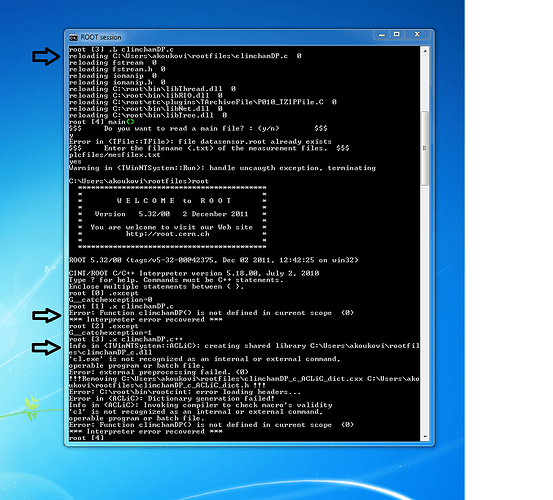 Rename “main” into “climchamDP” (don’t use the name “main” unless it’s a standalone application).
There is an error saying that the “datasensor.root” file exists (remove that file before running your macro).

I rename it but it is still the same (attached image).
I removed the root file but this is not a problem because if the program was completely executed this root file would be replaced.

this “yes” that is shown in the cmd before the errors is the last point of the code (but not the final) that is executed. 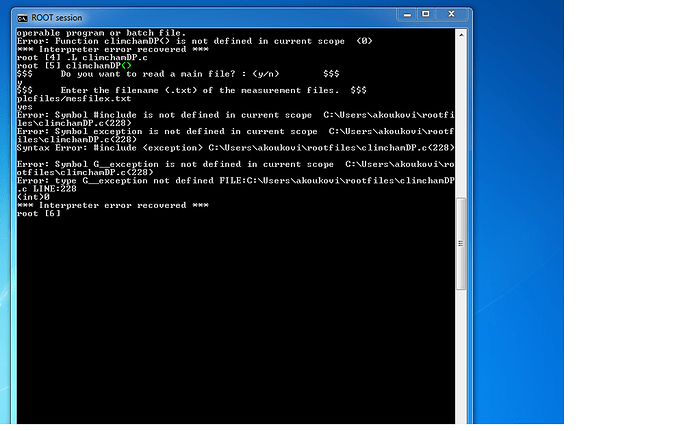 Do not use trailing semi-colon (

after the #include. Do not use gROOT->Reset() within a function, it destroy the information about the running function.

ACLiC does not work in your case because the Microsoft C++ compiler is not found (either not installed or not setup).

[quote]this “#include is not defined” and “G_esception is not defined” are referring to line 228 and I can’t understand why. [/quote] This usually means that you code crashes/segfault. If you do not have the microsoft development tools at your disposition, the best is to remove (comment out) part of the script until you find the part that provokes the problems and then examine that it is properly using its inputs.

that are shown in the attached file

Please, for the love of Mike, stop posting screen shots and copy the text from your terminal window and paste it into the forum.

thank you very much for your help and for your time.
I found the problem.