Does the Heed program simulate particles that scatter when they pass through a medium?

Thank you very much. 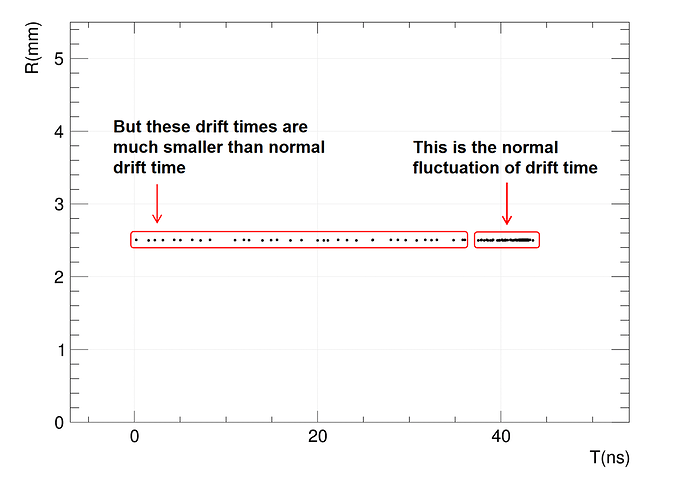 I cannot tell you off-hand why the drift time is shorter in these cases, you would need to provide a bit more information about the tracks for which you get small drift times (for instance, are they associated with large energy deposit in the gas and/or delta electrons?).

Thank you. Is the speed of delta electrons much greater than the drift speed of ordinary electrons?
What are the effects of a large energy deposit in the gas?
And why is the drift path of the electrons in the picture so strange? 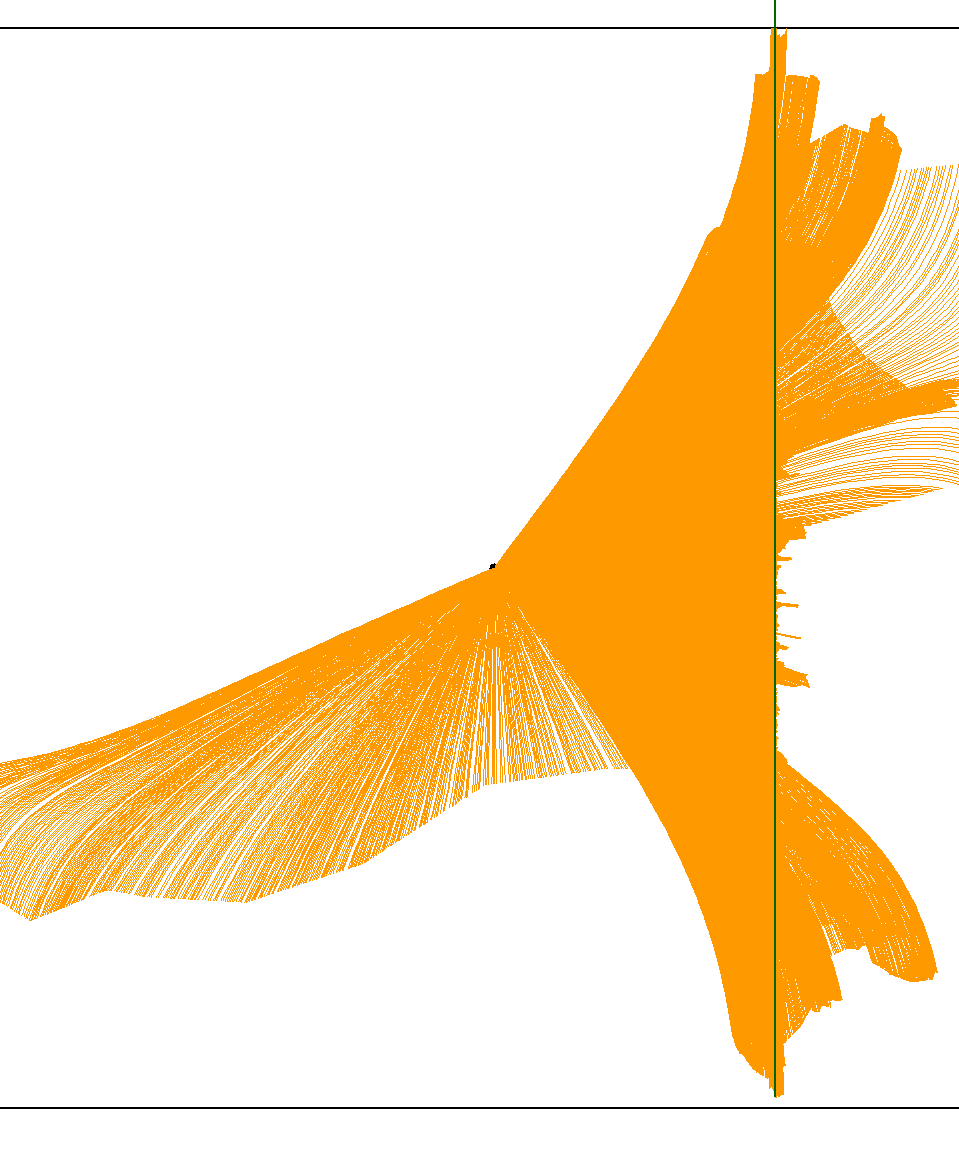 You can see from the plot (which I assume electron drift lines accumulated over many tracks?) that there are occasionally collisions of the primary charged particle with a gas atom that knock out an electron which can then travel a significant distance and cause further ionisations along its path. Some of these ionisations might happen close to the wire.

Regarding your second question: Heed does not simulate the slowing down of the primary charged particle. If you want to simulate alphas or other particles that are stopped in the gas you can use TrackSrim or TrackTrim. 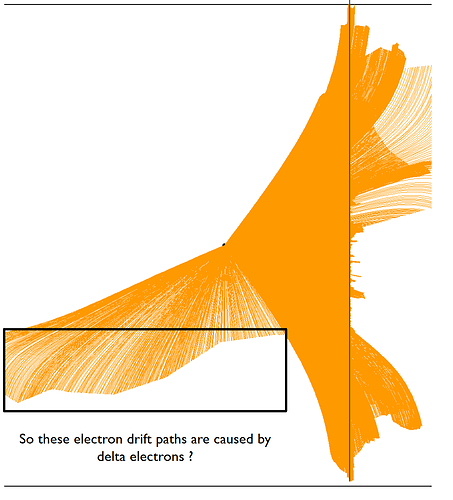 So these electron drift paths are caused by delta electrons?