i try to use the following program to convert a .root file to a .txt file

my situation is shown in the following picture 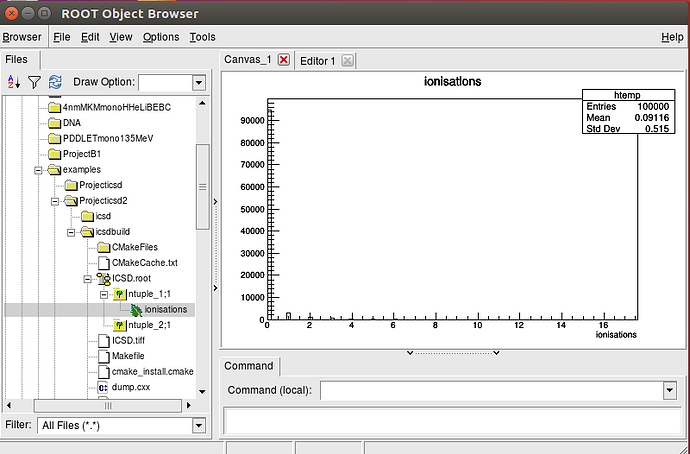 i just want to get the detailed information in ICSD.root/ntuple_1/ionisations.
After i named the program above as ‘‘dump.cxx’’ and save it in the same folder of ICSD.root, i use it as : root [0] .> dump.txt root [1] .x dump.cxx root [2] .>
however only to find that: 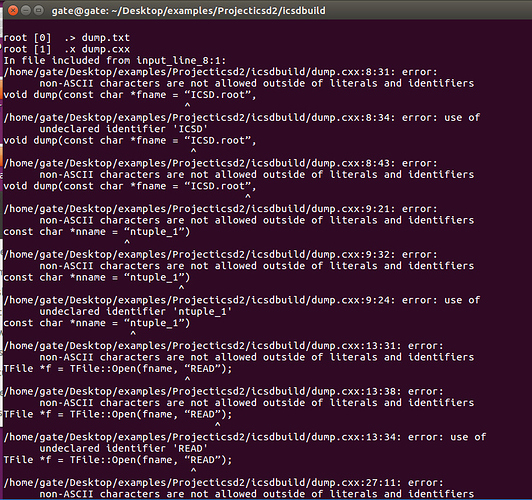 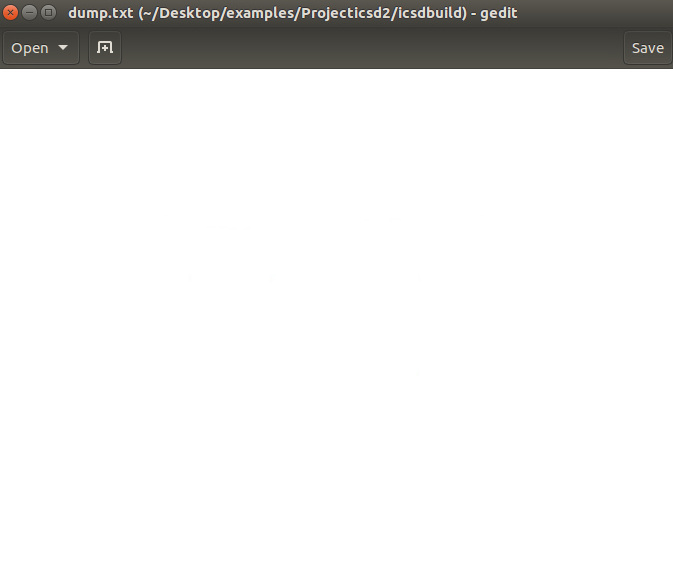 Thank you for your reply.
After replacing the fancy UTF double quotes with regular ASCII double quotes, i got the result in dump.txt. 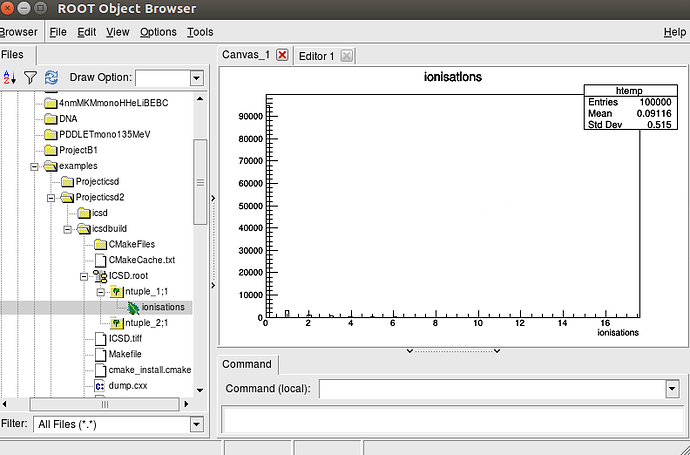 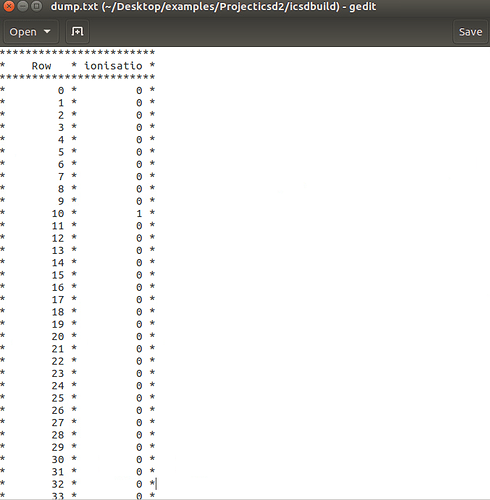 You can right-click the histogram and select “SaveAs”. Enter e.g. “hist.C” and you’ll get a C++ version of the file, which contains the bin counts. Is that a good start?

Thank you for your reply！

if you want to dump the content of an n-tuple into a text file, this program may help:

here are binaries for a few platforms:

and if you have Go installed (apt-get install -y golang), you just have to run this to install it: